3 Bargain Stocks You Can Buy Today


With some small signs of recovery in recent weeks, investors were hoping for a break from the relentless selling they’ve seen in the market this year. However, Friday saw the market extend its sell-off following higher-than-expected inflation reported in May. The Nasdaq Composite found itself down 3.6% at one point on Friday, extending its year-to-date losses to 27.5%.

Stock market crashes and corrections can be chilling and challenge even the best investors, but they can present great opportunities for those with a long-term investing horizon. A number of time-tested businesses are bargains that you can buy today. Here are three of those companies. 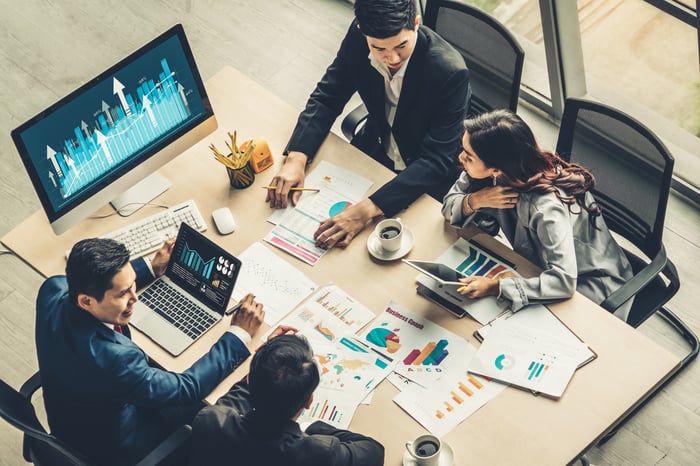 In an effort to stabilize the company’s revenue, which can fluctuate based on economic conditions, CEO James Gorman took a conservative approach to acquisitions. The firm spent $20 billion over the previous two years acquiring companies that could complement its investment bank and deliver more stable revenue.

One of those acquisitions was online trading platform E*Trade, giving Morgan Stanley a steady stream of commissions and fees income, which could do well in volatile markets as trading activity picks up. It also acquired asset manager Eaton Vance, giving it a stream of income from asset management fees.

The moves paid off and can be seen in Morgan Stanley’s first-quarter earnings. Markets saw elevated volatility in the quarter, and investment banks saw earnings take a big hit as IPO activity plummeted. The firm’s investment banking revenue dropped 37% in the quarter, primarily due to fewer IPOs. However, net revenue fell just 6%, and net income fell 11%. In comparison, Goldman Sachs, which relies more heavily on investment banking revenue, saw its revenue decline 27% while net income fell 43%.

Morgan Stanley’s stock trades at a price-to-earnings ratio (P/E) of 9.9, below its 10-year average P/E ratio of 14.6, despite adding these new revenue streams, making it look like a good bargain at today’s prices. 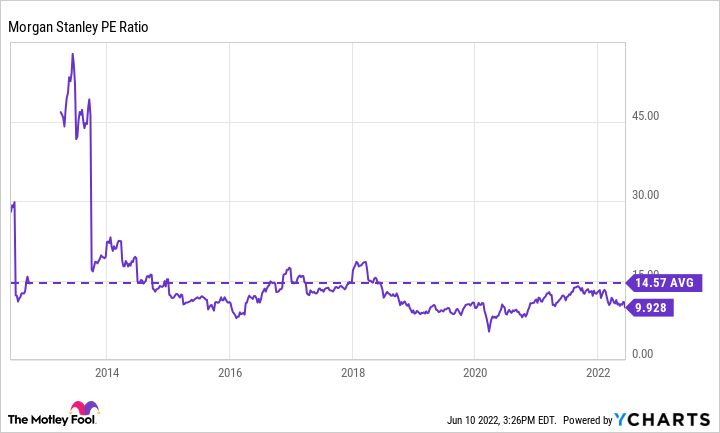 Allstate (ALL -2.56%) writes insurance policies, focusing on automotive and homeowners insurance. Insurance is one business that will always be in demand, with individuals and companies looking to protect themselves against catastrophes, giving insurers a degree of pricing power that other industries may not have.

Last year Allstate saw higher claims costs due to higher costs of repairs and higher used car values. In response, the insurer raised rates across 41 locations by an average of 8.3%.

Insurers must manage risk appropriately, which can be measured by a metric called the combined ratio — claims paid out plus operating expenses, divided by premiums written. A ratio under 100% is the goal because it means a company takes in more premiums than it pays out in claims. Allstate has a history of pricing policies well, and since 2012 the insurer’s average combined ratio is 93.4% — below the industry average of 99% in that same period.

Allstate’s stock trades at a P/E ratio of 10.5, below its 10-year average of 11.9, and is well-positioned if inflation sticks around for a while longer.

T. Rowe Price (TROW -5.25%) advises individuals and other managed funds on investments. The firm is an active manager, meaning it has portfolio managers and analysts manage assets for clients, as opposed to passive investing, which aims to match the performance of a stock index.

Passive investing’s popularity grew in the past decade with the explosion of exchange-traded funds (ETFs) that come at a lower cost. Passive investing has taken business from active managers like T. Rowe Price. Despite this, the firm has grown assets under management at a 12% compound annual growth rate in the last 10 years.

T. Rowe Price has a strong balance sheet, with $2 billion in cash — even after acquiring Oak Hill Advisors, L.P. and paying $2.8 billion in dividends and share buybacks last year. The firm is also a Dividend Aristocrat, which means it is an S&P 500 component company that has raised its dividend annually for at least 25 years. This year, T. Rowe Price increased its dividend for the 36th consecutive year. 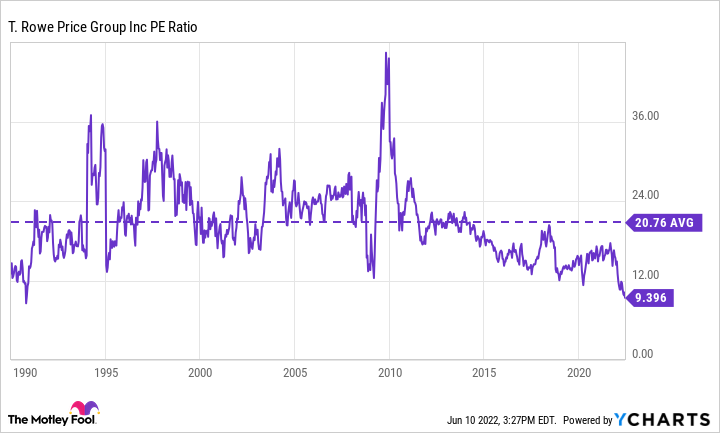 T. Rowe Price’s P/E ratio of 9.3 is the lowest valuation the company has seen since the early 1990s and the stock could be a great buy at these prices.

Liz Cheney Takes On Trump, and Her Own Party