Equity markets fell away again on Tuesday as the day progressed. Some initial optimism was overruled as the session wore on and oil prices continued to spike higher. The SPY eventually closed down 0.76% at $416.25.

Wednesday sees a much more bullish tone for equity markets as European markets seize on news of a joint EU debt issuance program. Strange as this news was out on Tuesday but we feel what is more important is the 5% fall in oil prices coupled with the EC President saying the EU has enough LNG gas until the end of winter so it does not need any more from Russia. A short-term fix, yes, but the longer-term dependence on Russia will prove more challenging.

All this has seen a surge in European markets with the Dax up over 5%. News from Ireland is also helping oil prices edge lower as its Foreign Minister says a deal with Iran is close. This will see some supply back into the market but Iran will supply about a fifth of what Russia does, so again it is not a long-term solution. Wheat prices are also down but still up 61% in the last month.

We are just going to focus on the short-term 15-minute chart on Wednesday as the big picture is well established from our previous analysis. Click the SPY link here if you want to see more of the daily analysis. The first target is to take out Tuesday’s high at $427.20, which then opens the door for a test of $428 which will be a stronger resistance to break. But if momentum carries on then it could go and that would see a range from $428 to $433 likely holding the SPY in place. Breaking $433 should see a quick move to test $438. 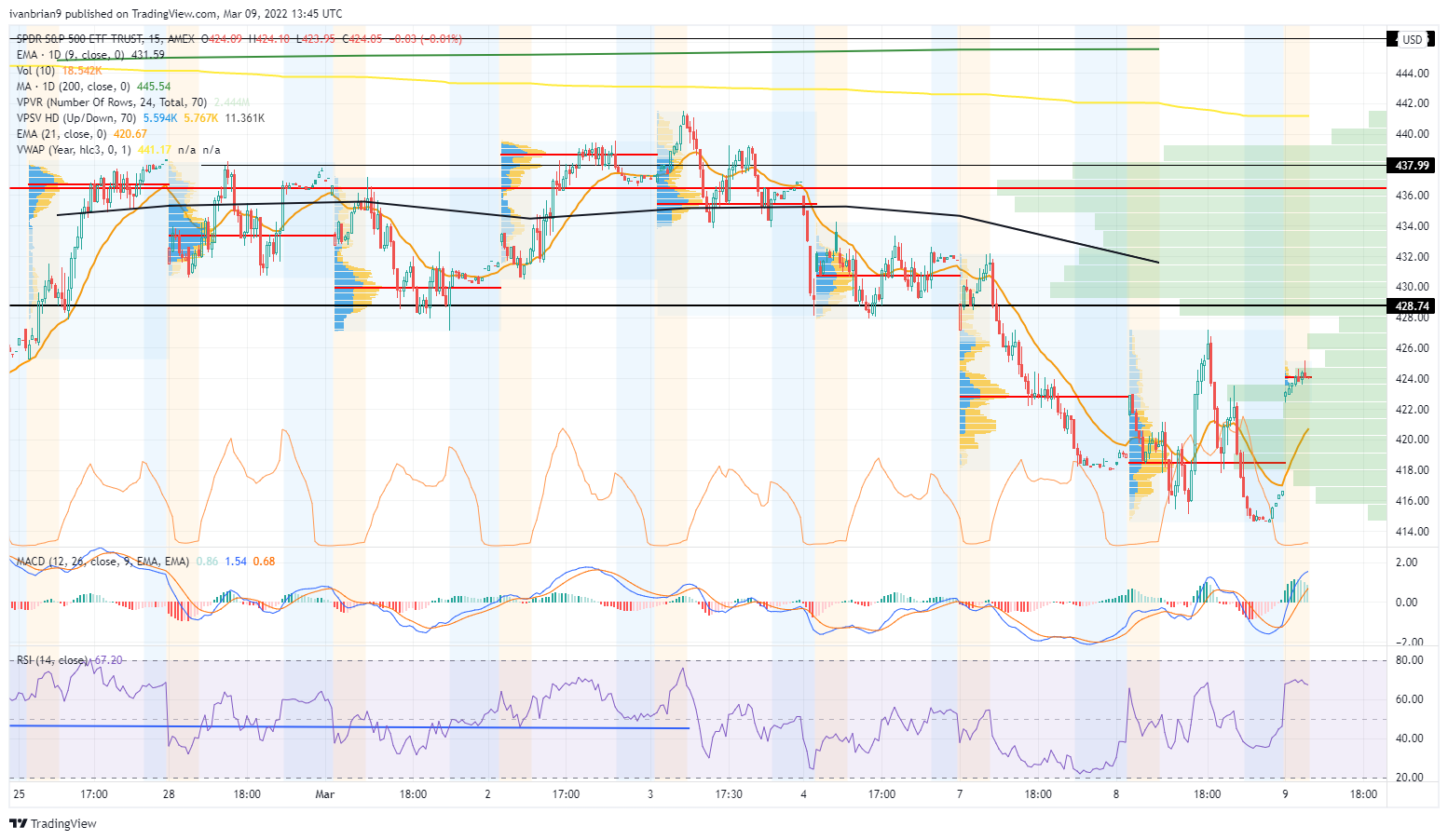 SPY: What is “Active Investing”?