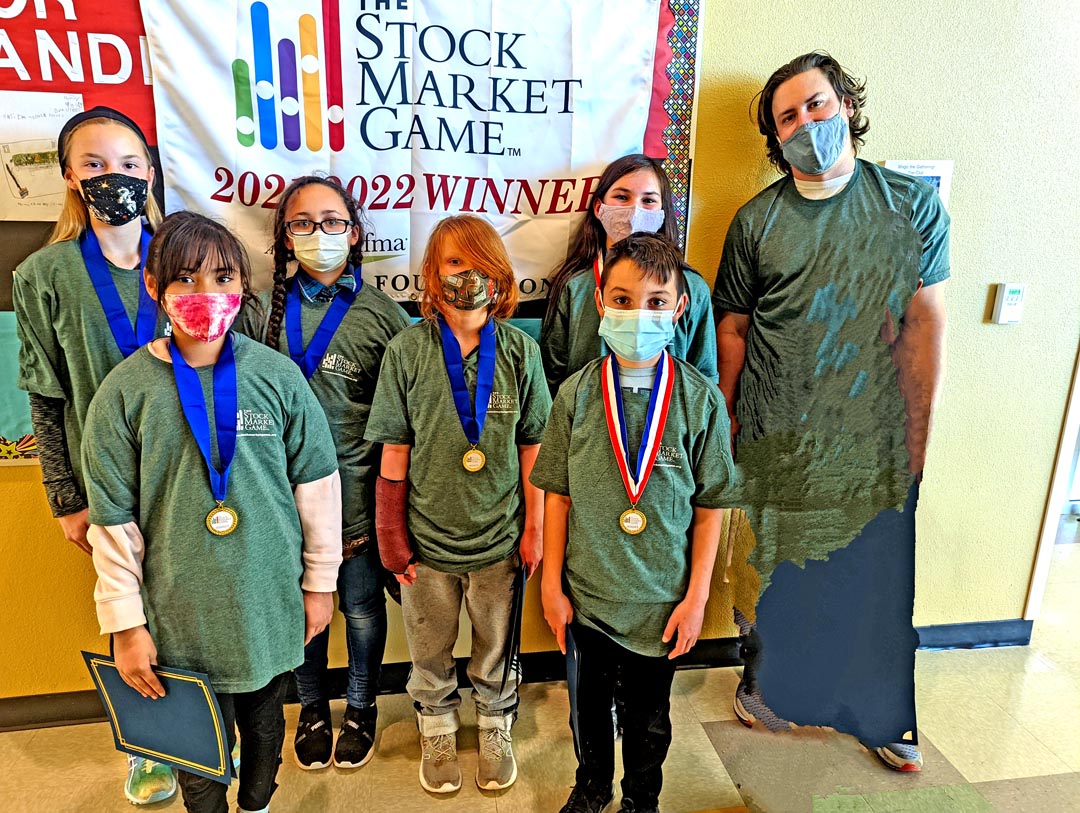 “The Stock Market Game is a nationwide competition held in each state or region,” Minium said. “The students that participated this year won the fall semester, which means they had the highest valued portfolio at the end of the session.”

Students learn about many skills such as math, personal finance, economics, teamwork, leadership, collaboration, communication, negotiation, ethics and the fundamentals of investing in the stock market. Each group is virtually given $100,000 to invest in stocks, bonds, and mutual funds to create their investment portfolio, which follows the real stock market. The groups look at real global events and news and adjust their portfolios accordingly.

This year he had two teams take first and second place against other elementary school, middle school and some high school teams. The students used their knowledge of products and parent companies to invest in certain stocks that they felt would gain the most profit by the end of the game.

The National Stock Market Game Awards Ceremony was held May 18. The Aspen team is listed at 19:10 in this video: https://youtu.be/rYEvxLbmRQc

More information about the Stock Market Game may be found at https://www.stockmarketgame.org/.

Market Rally Resilient, But This Battle Continues; What To Do Now

Is It Too Late to Buy Chipotle Stock?