A critical shoe just dropped today in the longtime rivalry between Verizon (NYSE:VZ) and AT&T (NYSE:T). AT&T revealed its complete plan to spin off WarnerMedia to Discovery in the second quarter, forming a new company called Warner Bros. Discovery.

However, AT&T fell by 4% in Monday trading as the same news release divulged that it would return only $8 billion to shareholders annually in the form of dividends. This takes the size of its payout to the lower end of estimates. This move could leave income investors wondering whether Verizon is now the more attractive telecom dividend stock. 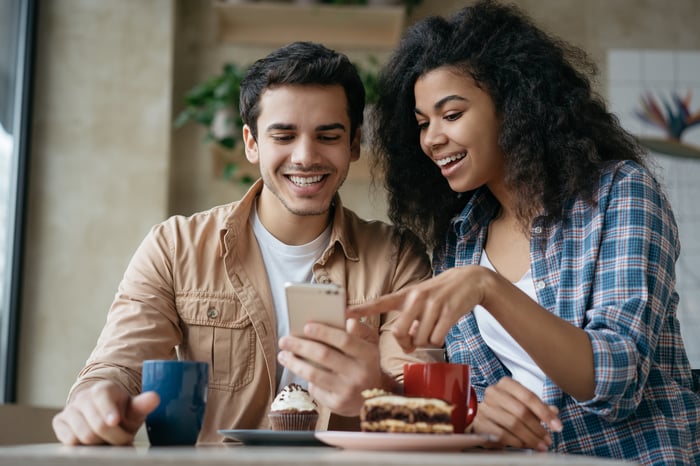 With the dividend cut, AT&T will pay its shareholders $1.11 per share annually. This is a 47% reduction from the previous $2.08 per share in annual payouts, taking the yield to 4.6% at current prices.

Still, despite the disappointment of the lower payout, AT&T’s dividend pays almost 3.4 times as much as the S&P 500 average, currently 1.3%. It also does not substantially lag Verizon’s payout. Verizon’s $2.56 per share annual dividend offers cash returns of just over 4.8%.

Nonetheless, since AT&T surrendered its Dividend Aristocrat status last year, AT&T’s dividend could face a quality issue. Once a company begins to build a streak of annual payout increases, confidence in the stock tends to increasingly depend on the yearly dividend hikes continuing.

While Verizon is not an Aristocrat, its 15 years of consecutive increases raise the likelihood its streak will continue. Without a record of yearly hikes bolstering AT&T’s dividend, AT&T could cut the dividend further if it continues to struggle, a factor that could discourage some income investors from buying AT&T.

Where each company now stands financially

Despite AT&T’s more uncertain outlook for dividend investors, the dividend cut could put AT&T on a more solid financial footing. With AT&T preparing to spin off WarnerMedia, total debt now stands at about $177 billion, though a $43 billion cash infusion from the spinoff should help reduce that debt.

Verizon’s network has played a significant role in building its $151 billion debt burden. Verizon has consistently led the way in quality, winning the most network quality awards from J.D. Power for 27 years in a row.

Verizon holds less debt for now. But, AT&T’s higher cash flow and smaller dividend burden could position AT&T to better handle these obligations. Also, with AT&T now focused almost exclusively on its network, it can make investments to improve its network quality.

Nevertheless, the prospects for improved financials have done little to help either stock. AT&T lost 15% of its value over the last year, while Verizon has fallen by 3%. Additionally, neither AT&T’s price-to-earnings ratio of nine nor Verizon’s earnings multiple of 10 has attracted buyers despite the generous dividends. This indicates that both companies may need to further strengthen their balance sheets to draw investors back to their stocks.

As conditions stand now, Verizon looks like the stock more likely to help one sleep well at night in 2022. Admittedly, Verizon could use the debt as an excuse to follow AT&T’s lead and end its streak of dividend increases.

Yet, Verizon’s dividend increase streak means it has more to lose than AT&T by cutting its payout. Moreover, it holds a lead in network quality, and the large spectrum purchase means it has already made many of the needed investments to maintain that lead. Such factors place Verizon and its dividend in a more secure position.

Today Stock News Oct 1, 2022 0
Imagine a world where you could invest your money in a portfolio that not only yields good returns but also has…

Sep 29, 2022
A stunning rebuke from the International Monetary Fund this week underscored one of the biggest risks of the new…
Prev Next 1 of 179
Sign in
Sign in