Bundesliga Star Boateng Has His Metaverse Wedding Today By DailyCoin 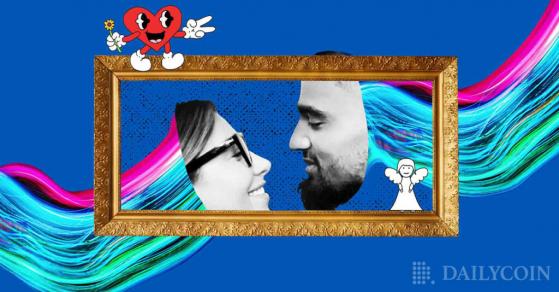 The football star Kevin Prince Boateng is getting married on metaverse today. Reportedly, anyone with a special NFT ticket will be able to join the ceremony.

Former “AC Milan” and “Barcelona” player, currently playing in Bundesliga, Boateng is marrying his girlfriend, Italian model and businesswoman Valentina Fradegrada in a virtual ceremony on OVER metaverse. As it is known, the ceremony will take place in a special location designed only for this occasion.

“I wanted to do something special for Valentina, something that nobody had ever done. And thanks to Over, we can celebrate our love like no one has done before, in a space location,” Boateng earlier commented on his upcoming innovative wedding ceremony.

His bride Valentina is currently running her own project in the OVER metaverse and considers it as one of the most suitable for hosting events. “I thought it might be cute, current, and interesting to share with our fans online on the wedding day,” she said.

In addition to the metaverse ceremony, the couple has issued the wedding invitation in form of a dedicated unique NFTs, the creator of its design earlier shared with Boateng’s fans. The exclusive wedding NFT tickets are also already placed for the limited-time public sale on the OpenSea marketplace, each selling for $50 at the time of writing.

YES! I can finally show you the artwork I’ve made for @KPBofficial & @VFradegrada ‘s wedding event in the @OVRtheReality metaverse This will be the official NFT invitation Congrats guys! pic.twitter.com/AwmbJfbDoX

Not The First One

Virtual marriage ceremonies are the emerging phenomenon, that formed during the Covid-19 pandemic when people across the world got restricted by lockdowns and Zoom-based relationships became the new reality.

Thus although the football star might be the first world-class celebrity to record his vows on the blockchain, he and his future wife are not the first ones to throw a wedding in virtual reality space.

Last September an American couple already got married in a metaverse. The husband and wife had a real-life wedding simultaneously with their avatars, who also went down the aisle and kissed at the end of the ceremony.

The couple, who both worked in a company related to virtual space, said they chose a hybrid wedding model to have the ability to celebrate with friends, who could not attend the ceremony in real-life. Virtual guests attended the wedding with their digital avatars and even danced together at the afterparty, the couple said.

Earlier this year, another couple hosted a metaverse wedding 14 years after their legal real-live marriage. “I am always fascinated by new and exciting things and have kept up with the emerging technologies around blockchain. I suggested to my wife that this would be a fun way to both renew our existing vows and extend our marriage to a multiverse that would last forever, ”commented the metaverse groom.

Although virtual wedding ceremonies are fun and do bring people together, they are not yet fully acknowledged as legally binding in the real world.

‘We are investing over £100m’: Radical new plan to boost NHS and save…