Can Electronic Arts Reach a Higher Level in 2022?


Investors aren’t as excited about Electronic Arts‘ (EA -4.07%) stock today as they were in earlier phases of the pandemic. The video game giant is still setting sales, cash flow, and profitability records even as people prioritize other forms of entertainment in the wake of COVID-19 social distancing efforts.

Yet Wall Street is bracing for some potentially bad news on these metrics, especially considering what rival Activision Blizzard (ATVI -0.85%) revealed in its April 25 quarterly earnings announcement.

With that big picture in mind, let’s take a look at EA’s upcoming earnings report, set for May 10, and what it might show about the developer’s chances of beating the market in 2022. 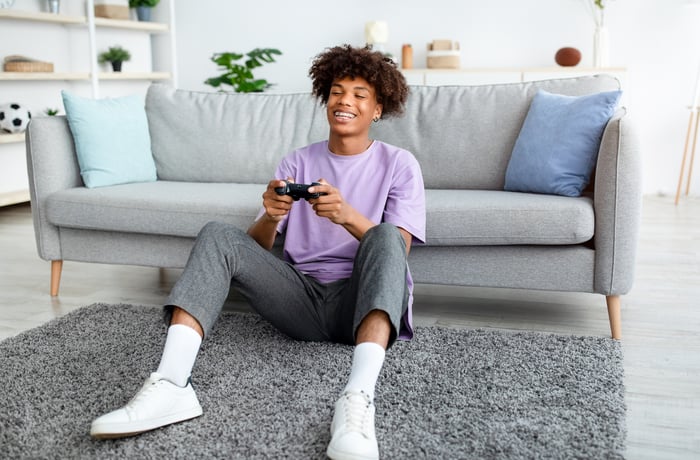 Most investors who follow the stock are looking for EA to post a solid 19% sales increase, to roughly $1.8 billion. But there’s a lot of noise in that revenue metric, which swings due to the timing of major game releases.

A better trend to follow is engagement. EA noted last quarter that its pool of active gamers rose to 180 million, and that those users are spending 20% more time interacting with its games. Popular franchises like FIFA, Madden, and Apex Legends all contributed to these wins.

Activision Blizzard recently announced that sales fell this past quarter due to declining engagement compared with booming results a year ago, when more people were seeking digital entertainment options at home. The big question heading into EA’s report is whether the company is seeing the same pressures beginning to impact its business.

Activision also announced recently that it is punting two of its biggest content releases into the next fiscal year, adding pressure to its short-term sales outlook. EA so far hasn’t announced any major delays, and most of its big launches in this fiscal year went well.

The company is closing out fiscal 2022 this week, though, and will issue its most detailed look yet at the next few quarters of product releases.

Ideally, EA can keep releasing content at its current elevated pace so that engagement, audience size, and monetization rates all continue rising. A few delays, on the other hand, due to development bottlenecks, might convince investors to stay cautious about the stock.

Investors are currently expecting EA’s sales growth in fiscal 2023 to decelerate but remain positive, slowing to about 7% in the next year compared with 21% in fiscal 2022. The stock’s short-term performance will depend on management confirming that target, or boosting it slightly, on Tuesday.

EA’s bigger picture returns will require it to steadily pump out engaging content in both new and established franchises. EA demonstrated that ability over the past several years when demand for digital entertainment soared. Investors are about to learn whether the company can extend that positive momentum through a weaker selling environment.


Read More: Can Electronic Arts Reach a Higher Level in 2022?

RIDE Stock: There’s Nothing to Like About Lordstown Stock These Days