There was a time when Groupon (GRPN -2.94%) was a huge deal as consumers pre-purchased coupons online to use at local stores and restaurants. The internet was still relatively young, though, and relationships with coupon sellers got complicated, so Groupon shifted gears. That move was a disaster, and now it’s trying to go back to basics — but it may be too late.

The rise and fall of the coupon

Groupon started life based on a simple but quite compelling notion: Small retailers and restaurants don’t have the marketing budgets to do big advertising campaigns like larger rivals. So, using the internet, it would help these mom-and-pop-type locations reach a broader audience. The vehicle for this was a coupon that customers would pre-purchase online. Simplifying things a bit, Groupon basically got a cut of the sale. 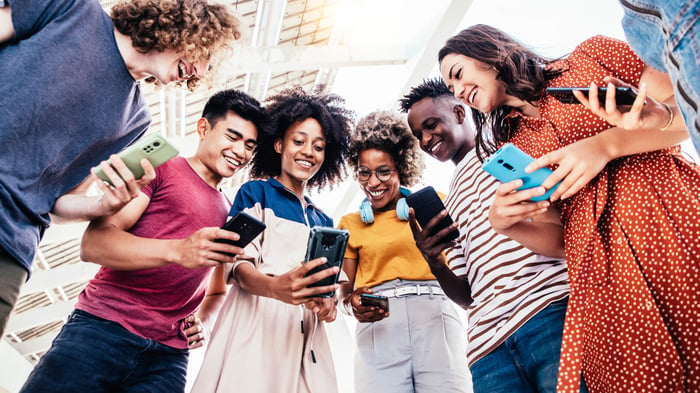 At first Groupon appeared to have the potential to revolutionize how local businesses reached new customers, as it built its own list of users along the way. Investors were so enamored of the concept that a decade ago the stock was worth well over $400 a share! But the internet was still fairly young and the long-term impact of the sales the company brought into a business weren’t quite a settled issue. As it turned out, many Groupon consumers ended up only visiting stores because of the coupon, and they didn’t turn into repeat customers for the business.

Giving big discounts to get new customers in the door is only valuable if those customers come back again and again. When it saw what was happening, Groupon shifted gears in an attempt to monetize what management viewed as one of its biggest assets. That would be the email list of consumers who had previously purchased coupons. It decided to treat this list like a direct marketing list and looked to sell physical products like it used to sell coupons. Things didn’t go as planned, and the stock now trades hands at around $10 a share.

A much different business

Selling physical wares is a much different business from selling digital coupons. Groupon had to take on inventory and shipping costs that it never had to deal with before. And if something didn’t sell, the company still had the inventory to store and try to dispose of. The business shift proved ill-advised and, under new leadership, the company has since abandoned the effort, choosing to get back to its roots as a purveyor of digital coupons. The timing of this still relatively new change was good, in that it allowed Groupon to sidestep the inventory issues that are plaguing many retailers this year.

But second-quarter 2022 results suggest the new direction isn’t working out very well. CEO Kedar Deshpande started the second-quarter release by stating that, “Our overall business performance is not at the levels we anticipated and we are taking decisive actions to improve our trajectory.” That’s not a great update on the “new” corporate shift he’s spearheading. Still, he stated that he believed the company would be cash-flow-positive by the end of 2022.

That’s the kind of confidence you want a CEO to possess, but the numbers don’t appear to be backing him up here. For example, North America revenue fell 30% year-over-year because of a “decline in engagement on … [the company’s] platform.” While Groupon reported that some of that decline was due to the shift away from selling physical goods, its number of active local customers, which is basically its coupon business, only grew by 1% in North America. None of that is good news given that North America is nearly three quarters of Groupon’s business. It has to gain more traction with this division if it wants to succeed long-term.

The company’s international performance was even worse on the sales front, though it did manage to increase the number of local customers by 22%. However, based on Deshpande’s comments and the company’s financial results, which included an adjusted quarterly loss per share of $0.34, that isn’t enough of a positive to get Groupon back on track.

All of this is notable because the company has a little over $315 million in cash on the balance sheet and burned through $183 million during the first six months of 2022 (this shows up as a net decrease in cash on the cash flow statement). The cash burn in the second quarter was materially lower year-over-year, at $87 million compared to $281 million, but there’s a time limit here. At the second-quarter run rate, the company has less than a year of cash on hand. It has to become cash-flow-positive sooner rather than later or it could find itself at the end of its fiscal rope pretty quickly.

At this point, it looks like Groupon is struggling to turn its business around with the back-to-basics approach it has taken. That’s a problem, because selling physical goods clearly didn’t work, and there doesn’t appear to be much opportunity for the company to monetize its email lists. If there were, it would have probably tried it already instead of just falling back on its old business plan. Long-term investors should probably stay on the sidelines here until the business trajectory materially improves. This turnaround just doesn’t look like it is working.


Read More: Going Back to Basics Isn’t Working Yet for Groupon Stock

The cost of gas is dropping. Here’s why, and how long the lower prices might…

Today Stock News Nov 30, 2022 0
Comment on this storyCommentThe cost of gasoline is falling so fast that it is beginning to put real money back…

Why Netflix, Apple, Amazon, and Other FAANG-M Stocks Rocketed Higher…

Nov 30, 2022
What happened Uncertainty regarding the length and duration of the downturn have hung over the market like an…