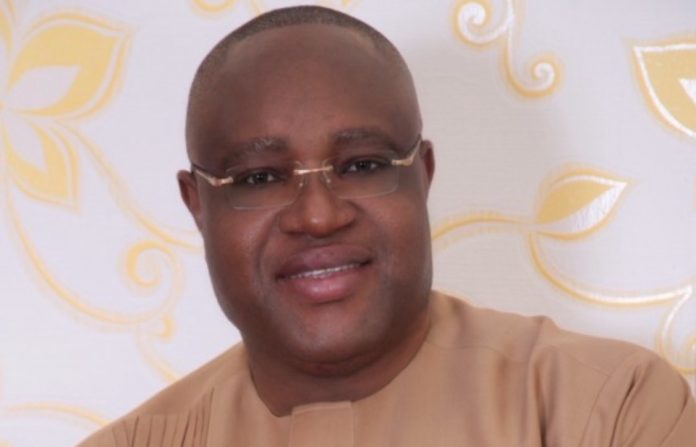 Kyari and Abiodun spoke in Lagos at the weekend, at the 25th anniversary dinner of Rainoil, just as Ogbechie stated that the company was at the forefront of questioning what would disrupt the global downstream oil sector and would be appropriately positioned to be ahead of that and adequately prepared for the ongoing energy transition.

Kyari, who was represented by NNPC’s Group Executive Director, Downstream, Mr. Adetunji Adeyemi, said Rainoil, which started as a mere idea, had grown to become a major player in the downstream sector of the Nigerian oil and gas industry
He said the success of the company was made possible through the sterling attributes of its founder, who he described as a man of vision, full of determination, courage, hard work and consistency.

“We are here today to celebrate a gentle man, his vision, determination, courage, hard work and consistency. All of those were espoused when he came here to tell us about the history and how Rainoil came to be and to where it is today, and the message from the GMD of NNPC is to wish this great company very good celebration of 25 years and to pray that the next 25 years of this company, next 50 years, next 100 years of this company will be much moregreater than what we have witnessed today,” Kyari said.

He stated that Nigeria needed more stable and prosperous companies in the nation’s oil and gas industry and in other sectors of the economy, adding that the country needs companies that have succeeded and stayed up to 50 years plus as witnessed in other countries.

According to the GMD, “In Rainoil Limited, we have no doubt that with the foundation that has been laid and the leadership of Dr. Ogbechie, that this can only last forever. This is a going concern, and here we celebrate.”
Also congratulating the oil marketing company, Abiodun, who was a Chairman of the Depot and Petroleum Products Marketers Association of Nigeria (DAPPMAN) before his foray into politics, said the story of Ogbechie and his company was the, “story of a young focused, dynamic, purposeful, dedicated, resilient, determined, audacious Nigerian entrepreneur. Of course, it’s no gainsaying that he has been very successful at that.”

He added’ “When I listened to the story of Rainoil, I was touched. I’m sure most of you know that this was an industry that I was before I got the call to join politics and I rose to become the Chairman of the downstream section of the oil and gas industry.
“I hope those that are here that are upcoming consider the Rainoil story as a testimony that should inspire every young man, that truly indeed, you can make it with a dint of hard work.”

Earlier in his welcome remarks, where he narrated the story of the company, Ogbechie said the company started as a vision in the early 90s while he was working with Ascon Oil Limited and was on a monthly salary of N30,000.
According to him, “One day, I sat down and asked myself a question: Gabriel, what else can you do and earn N30,000 a month. I then realised that I could sell just one 30,000 litre truck of diesel and make N30,000 and go and sleep till the next month.”

He said the name of the company, which was prophetic, was coined from two words: rain and oil, as suggested by his clergy friend, who explained rain as blessing.

Ogbechie said the company was incorporated in 1994 as Rainoil and that by 1997, it had commenced operation with N300,000 investment realised from selling his shares at the stock market.

He maintained that, today, Rainoil prides itself as a major player in the downstream petroleum sector in Nigeria as the company now has three petroleum depots in three strategic locations in the country namely, Oghara, Calabar and Ijegun in Delta, Cross River and Lagos States, respectively.

In addition to owning over 130 filling stations across the country, Ogbechie said Rainoil has an 80,000 metric tons Liquefied Petroleum Gas (LPG) storage facility also in Ijegun Lagos and over 250 trucks for distribution of products nation-wide.

He noted that the last 25 years of the company had been characterised by hard work, innovation and transition, adding that the recurring question to him now was what will happen in the next 25 years, especially as the industry is facing transition globally and people are fast embracing electric cars like the Tesla cars.

He, however, stated that company was at the forefront of questioning what would disrupt the global downstream oil sector, saying Rainoil would be appropriately positioned to be ahead of that and would also be adequately prepared for whatever kind of that emanates from the transition.

“Where will petrol be? We keep asking ourselves, what is going to disrupt our industry?

“Today, I assure you that Rainoil is at the forefront of questioning what is going to disrupt this industry, so that we position ourself, and whatever disrupts this industry, we ensure that we are appropriately positioned to be ahead of that curve, so that that disruption does not take us unaware.

“Today, we celebrate 25 years of this great organisation and we also prepare this organisation for the next 25 years in the energy space. What we don’t know is what that energy will be 25 years from today.

Worried About the Tech Sell-Off? This Warren Buffett Stock Provides the Ultimate Protection