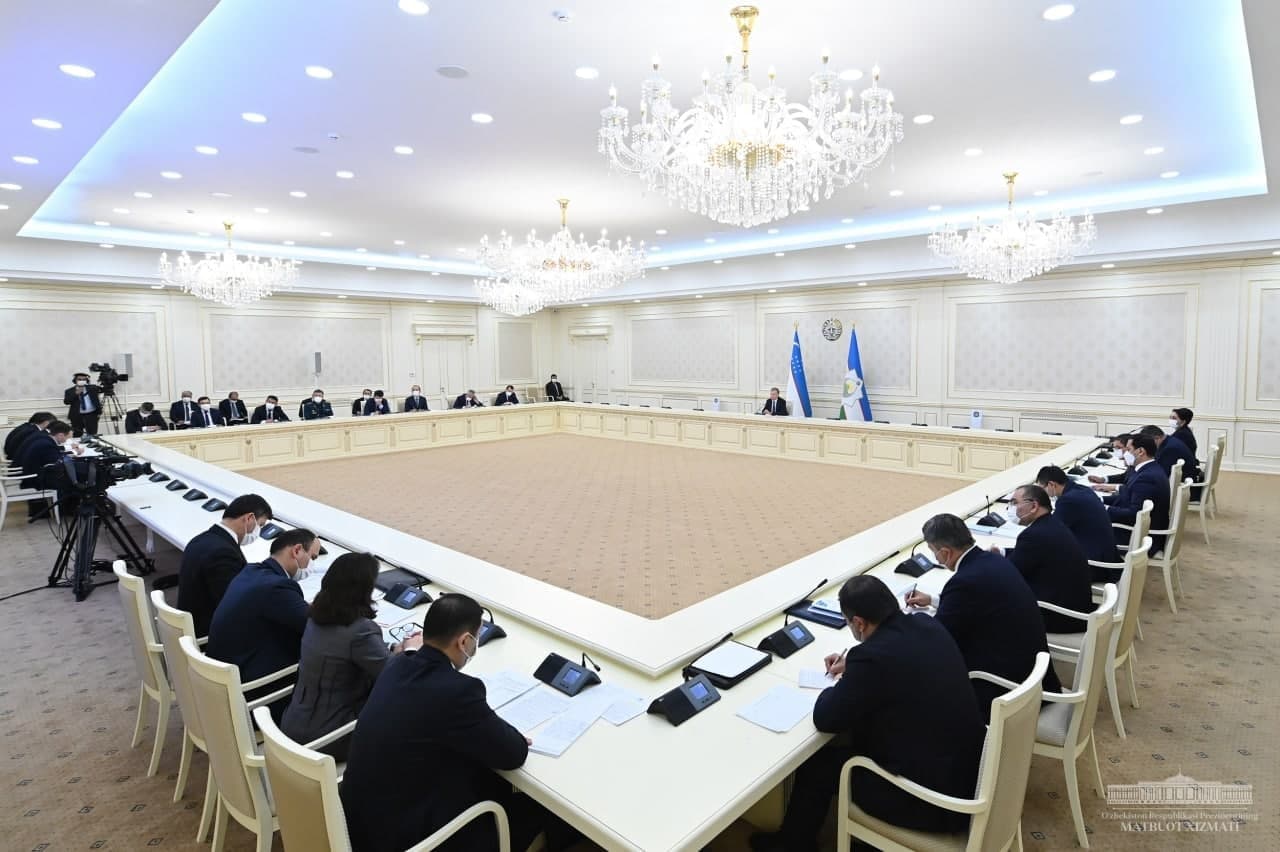 This sector of the economy plays an important role in ensuring the well-being of families and food security. Meat, milk and eggs account for 30 percent of the daily consumer spending of the population.

Over the past three years, under the adopted regulations on animal husbandry, the allocation of 8 types of subsidies and preferential loans has been established. During this period, more than 15 trillion UZS of loans were allocated for animal husbandry and about 4.5 thousand projects were implemented. The number of breeding farms has tripled and reached 1,414. As a result, the number of livestock increased by 1.2 million in 2019-2021.

But such urgent problems of our time as climate change, the reduction of water and land resources, as well as the pandemic complicate the process of animal husbandry.

It was noted that in Bukhara, Jizzakh, Navoi, Namangan and Surkhandarya regions, the number of large livestock farms is significantly less than in other regions. Although 90 percent of livestock is raised in households, there is no stable food supply in many regions. Over the past 15 years, the area of fodder lands has decreased from 430 thousand to 340 thousand hectares and the area of fodder crops per head of cattle – from 50 to 27 acres. In Karakalpakstan, Khorezm, Bukhara, Navoi, Surkhandarya and Kashkadarya, the area for multiple forage crops decreased by 23 thousand hectares. In this regard, the relevance of issues of support for animal husbandry, increasing the production of meat, milk and eggs due to the widespread use of resource-saving technologies increases.

The current state and opportunities in the field were analyzed at the meeting.

The Head of the state noted that this year it is possible to employ at least 300 thousand people in animal husbandry, 150 thousand in sheep and goat breeding, 1.2 million in sericulture, a total of 1 million 650 thousand people.

To do this, first of all, it is necessary to increase the number of livestock due to cooperation in households. Uzbekistan has an exemplary experience of working in this direction. So, the farm “Toshmatov Normumin” in Kashkadarya region’s Mirishkor district, having distributed cattle, sheep and goats to the residents of Vori village, buys harvested milk and meat. The company Takhiyatosh Chickens in Karakalpakstan’s Takhiyatash district, having provided the population with chickens, buys hatching eggs from them.

The President stressed the importance of applying this experience in other districts as well.

To this end, several financial support measures have been identified. Thus, from February this year, foreign credit funds will be allocated for 10 years with a grace period of 3 years. Producers will be able to receive compensation for the loan in terms of a rate exceeding 14 percent, a guarantee of 50 percent of the loan amount, as well as reimbursement of 20 percent of the costs of purchasing equipment for hydroponic feed cultivation. Another profitable direction is the production and sale of carpets, fabrics and other products made of light wool. At the meeting, the experience of Angren, Koson, Romitan and Navbakhor districts was noted as an example.

It was determined that from this year preferential loans will be provided for the purchase of pedigreed sheep and goats, processing milk, meat and wool, the creation of feed shops. These loans will be allocated to the population for up to 50 million UZS and without collateral on the recommendation of assistant hokims. Half of the interest payments will be compensated.

It was instructed to start distributing 350 thousand sheep and goats to the population based on the cooperation, to allocate $100 million for this.

123 major projects are planned to be implemented in the industry this year. The Head of the state stressed that along with the timely launch of projects, it is necessary to look for additional opportunities and expand the area for fodder crops.

In particular, in each cluster, it is possible to organize a livestock complex for at least 500 heads by organizing crop rotation in certain areas. The fodder base can also be increased due to the reclamation of retired lands and the development of new ones. It was noted that $120 million of loans will be allocated to support such projects, as well as subsidies, customs and tax benefits will be provided.

Responsible persons were instructed to attract $500 million from international financial institutions this year and direct these funds to projects for the development of animal husbandry.

The President focused on increasing the productivity of livestock and improving breeding. Samarkand Institute of Veterinary Medicine has been identified as responsible for the introduction of science and best practices in the field. Now the status of this institute will be upgraded, scientific and experimental institutes of veterinary medicine, animal husbandry, poultry farming, fish farming, karakul breeding and desert ecology will be assigned to it. The institution will be engaged in practical and methodological support of clusters, provision of paid services, conducting short-term courses for the population and farmers.

The Chorvanasl Agency was instructed to develop a three-year program for improving the breeding business in the context of each district.

Heads of industries and regions provided information on the issues discussed at the meeting. Entrepreneurs expressed their opinions and made proposals.

2 stocks to turn ex-dividend next week: Do you own any?

Not even the rain stops 4-H Livestock Showmen