The S&P 500 (SPY) put in a very strong finish to the week in a move that completely was at odds with the growing bearish sentiment. Just when investors and many commentators had seen fit to put the nail in the coffin of bulls, they returned with force and staged a strong move higher back above $440. So why the sudden turnaround?

Technically, the failure to break the $410.64 low from February 24 was certainly a sign that things could be turning. We then had some positive noises from the possibility of peace between Ukraine and Russia. This saw energy prices collapse as oil returned to where it was prior to the start of the conflict under $100. 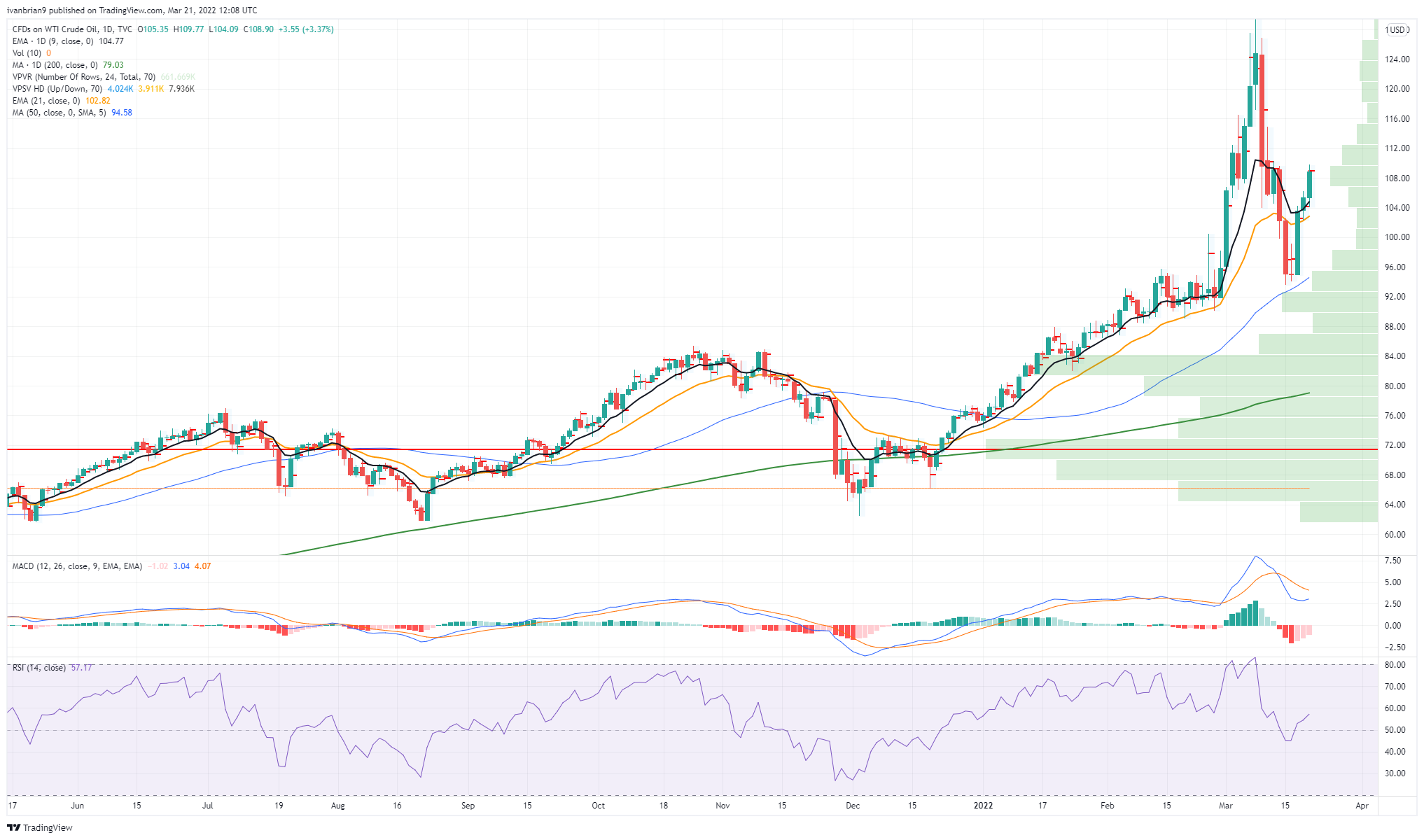 This certainly helped stocks and put the brakes on the inflow of money to energy ETFs and oil stocks. The move back to “normal levels” in oil saw risk appetites grow, and gold and the US dollar all lost ground. The Fed then set up another leg to the rally on Wednesday. Yes, the Fed raised rates and signaled more to come, but the press conference was extremely bullish on prospects for the US economy, perhaps too bullish. Only time will tell, but equity markets took the bait and pushed higher again to close the week above $444.

This is the stronger level and may see a failure at the first attempt. However we should also be aware of the channel formation in place since December all time highs. The SPY is now back at the top of the channel, so it needs to break out to maintain momentum or else turn lower and target a break of Febraury lows at $410. 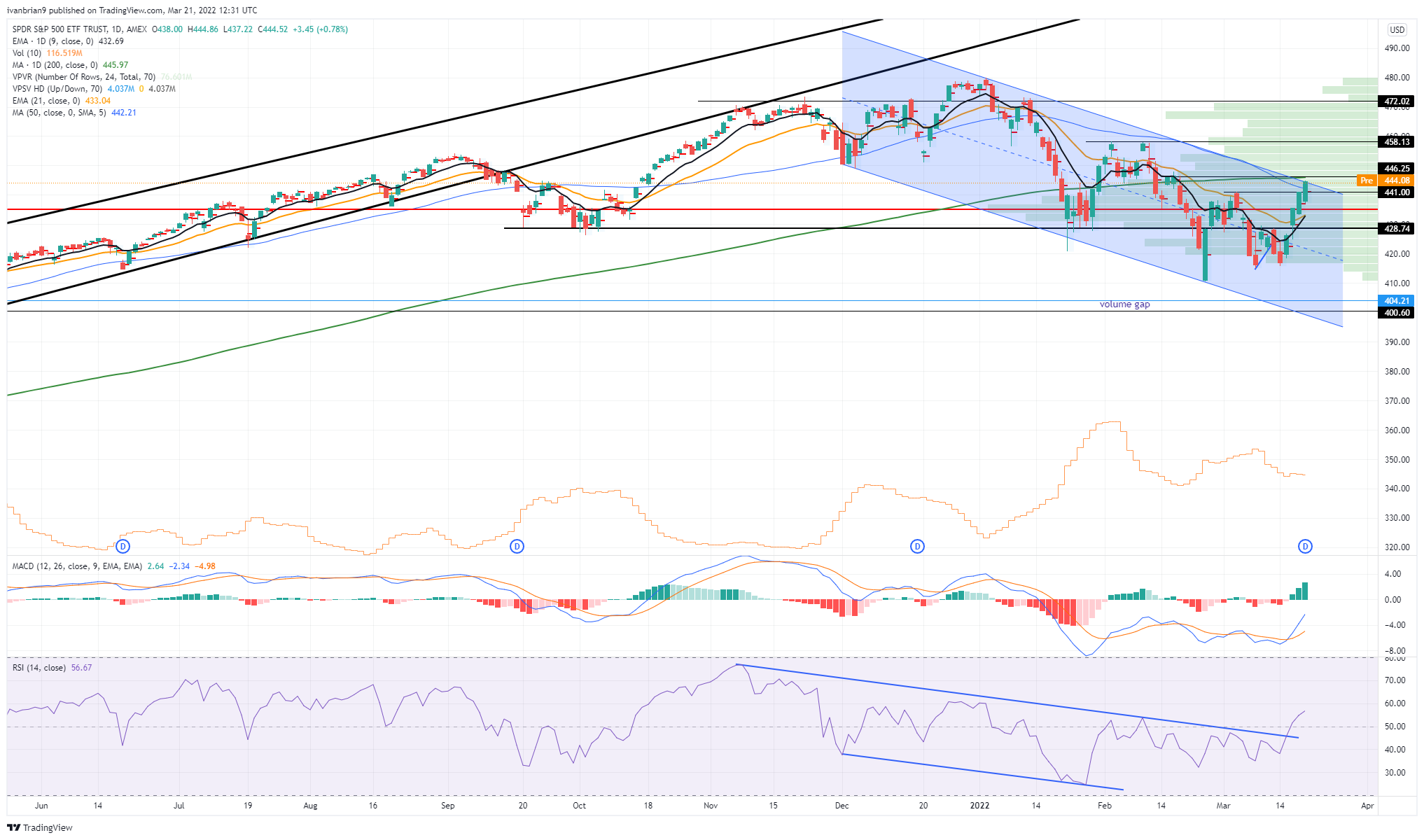 TLT Vs. SPY: Bonds Should Massively Outperform Stocks In 2023 (5 Scenarios)