SPY Stock: SPDR S&P 500 ETF Trust Is a Stock to Hold Onto Forever


The stock market is off to a horrendous start this year. The SPDR S&P 500 ETF Trust (NYSEARCA:SPY) reached the 10% correction level last month, pointing to a broader market sell-off. The U.S. Federal Reserve’s (Fed’s) hawkish pivot is a key reason for the sell-off due to the rising inflation rate. The bears believe that a recession is inbound, putting immense pressure on the stock market for the foreseeable future. However, that argument seems unlikely, making SPY stock a no-brainer investment. 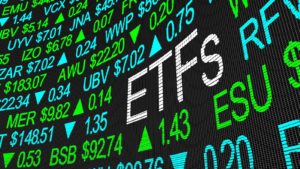 Famous American business magnate and investor John Bogle coined the “index fund theory,” attracting investors for several years now. It is a simple strategy that eliminates the risks of manager selection, sectors, and individual stocks. What is left is just stock market risk. Hence, you are left with 100% returns and can effectively avoid what Bogle termed the “losers game.”

You can invest in the 500 largest U.S. companies with the SPY fund, representing close to 80% of the total market capitalization. It has over $5 trillion in indexed assets, offering the greatest exposure to the most lucrative tech stocks.

SPY stock has returned an incredible 114% in total returns in the past five years. Despite the hiccups, it has performed consistently for its investors, offering access to wide swaths of the stock market’s juggernauts. Hence, it is best to curb any bearish enthusiasm and invest in the fund.

Is a Recession Coming?

The bear case for SPY stock hinges on a potential recession within the next 12 – 18 months. An inverted yield curve is what you would expect before a long-term bear market. However, the spread between the 10 Year Treasury Bond and the 2 Year Treasury Note is roughly 0.51 percentage points. Hence, the chances of a near-term recession are virtually nil.

Looking at the chart to the right, we can see that the probability of recession has fallen considerably from its peak in September 2020. However, we can see a negative sentiment rising in the past couple of months. The probability is at roughly 7.7% for December 2022, which is a remarkably low number compared to past months. These probabilities were calculated using the variance between 10-year and 3-month treasury rates.

Hence, the bearish sentiment surrounding the stock market is unwarranted. Some experts have drawn parallels between the recent turmoil to the 1929 stock market crash correction. However, the reality is far from it at this stage.

With the uncertainty surrounding the macroeconomy at this point, it is tough to predict which way things will go. The Fed has stated that the path to economic recovery has everything to do with the emergence of new coronavirus variants. It is virtually impossible to know which variant will emerge and be strong enough to delay the reopening of the world economy. Rising inflation rates and the resultant increase in interest rates will ultimately trigger a deeper correction. However, it is tough to say whether there will be a prolonged recession.

Nevertheless, SPY stock sports a remarkably low expense ratio of just 0.09%, which means that its costs won’t be eating up your returns. Moreover, its shares are exceptionally liquid with massive trading volumes. The index may experience some rocky months ahead, but it is a relatively safe investment option in the long run.

The S&P 500 hasn’t gotten off to the start that most investors would have hoped for. The Fed’s plan to tighten its monetary policy has triggered a sell-off in the stock market. Nevertheless, the chances of a crippling long-term recession seem unlikely. The market may wobble in the short term, but SPY stock is unlikely to disappoint investors over the long term.

On the date of publication, Muslim Farooque did not have (either directly or indirectly) any positions in the securities mentioned in this article. The opinions expressed in this article are those of the writer, subject to the InvestorPlace.com Publishing Guidelines

Muslim Farooque is a keen investor and an optimist at heart. A life-long gamer and tech enthusiast, he has a particular affinity for analyzing technology stocks. Muslim holds a bachelor’s of science degree in applied accounting from Oxford Brookes University.

Stocks week ahead: Looking for bargains? Here are the stocks we love

SPY: Troubles A’ Coming In More Ways Than One (NYSEARCA:SPY)

Fed Raises Rates 0.75% For Third Straight Time: ‘We Will Keep At It Until…

Burned by Tech Stocks? Try These 3 ETFs Instead