Stock up, Stock down from New Orleans Saints’ offseason workouts


The book is closed on New Orleans Saints minicamp, and now we’re moving into the summer. So what did we learn over the last week? It’s tough to develop any real takeaways from minicamp – running routes against air and blocking bags instead of live opponents isn’t football. Nobody is wearing pads. You’ve got players out on the field in various stages of recovery from injuries and rookies who have never competed against NFL-quality athletes before. So we’ve got to take it all with a grain of salt and wait patiently until the daily grind of training camp sheds more light on everything. 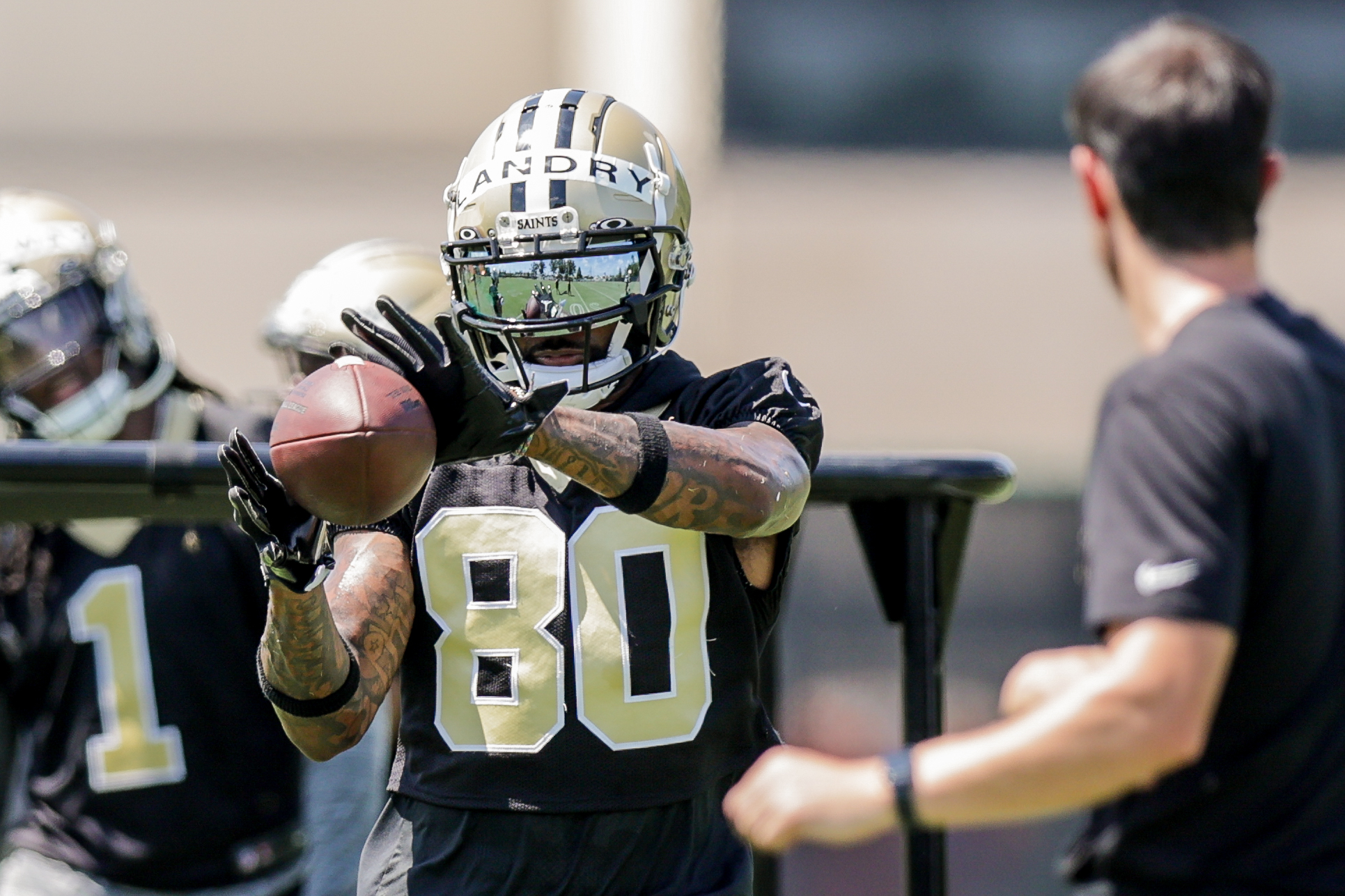 Landry immediately asserted himself as the leading receiver in Michael Thomas’ absence, dominating his competition in practice and making plays all over the field. Seeing him take younger, less-experienced teammates under his wing is encouraging, too. He’s looking like an ideal compliment to Thomas and rookie draft pick Chris Olave, and exactly the sort of reliable presence Jameis Winston can lean on. 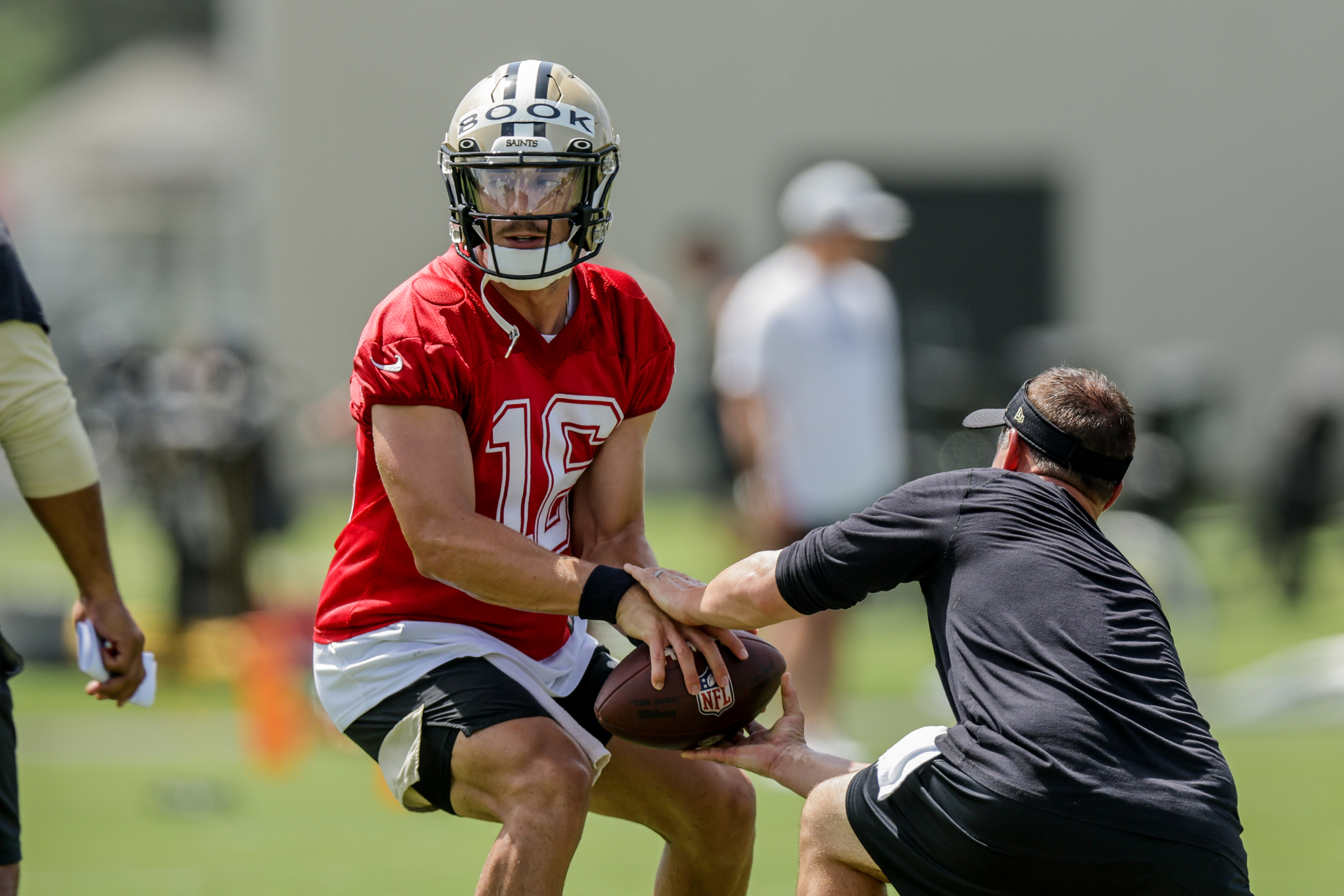 Book received a vote of confidence from his coaches to open up minicamp, but he struggled to make much headway in team drills – though we should remember he still isn’t getting many reps with Alvin Kamara, and he hasn’t thrown a single pass yet to Michael Thomas. But that was the story of his ugly start surrounded by COVID-19 replacements, too. At some point he’s got to rise above tough circumstances and make some plays.

The rookie hasn’t shrunk in the face of long odds; if anything, he’s put a target on Paulson Adebo and is already pushing to take that starting job opposite Marshon Lattimore. Taylor was expected to mainly help out on special teams in his first NFL season, but the tight coverage and aggressive style of play we’re seeing early on might accelerate his timeline. He needs to keep up that momentum over the summer. 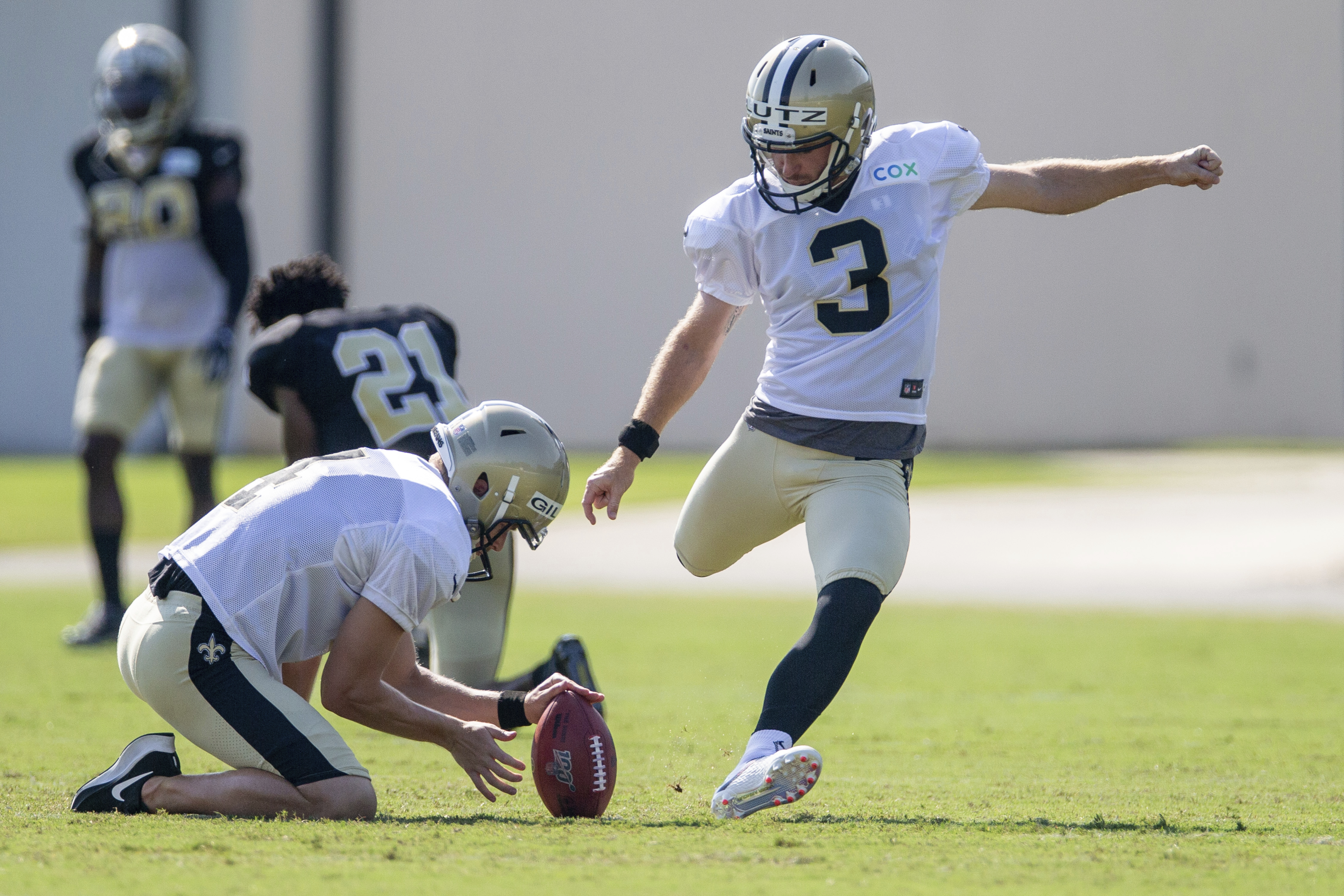 This is a good reminder that we should keep expectations realistic for Lutz after an injury and complicated recovery cost him a full calendar year. He’s been erratic kicking from distance and obviously needs more time to return to form. That checks out considering he only recently received the green light to fully participate in practice. He’s got a month to get back up to speed before training camp, when we’ll be taking a closer look at his progress. 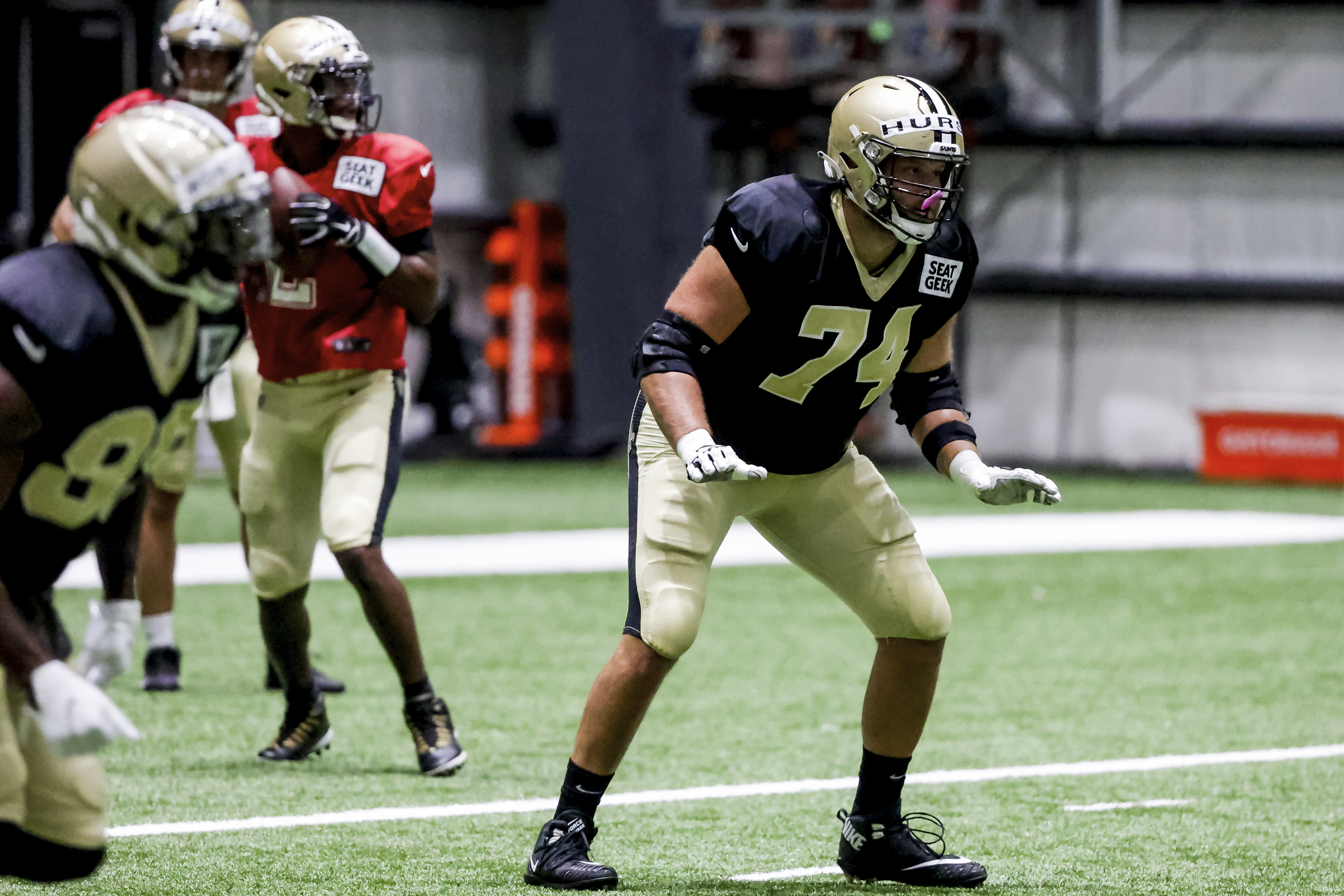 First-round rookie Trevor Penning may be the long-term answer at left tackle, but for now Hurst isn’t just stepping aside to make that gig available. The veteran lineman took snaps with the first-team offense protecting Jameis Winston’s blind side, and he’s positioned himself to hang on in that role. It makes sense after he played more snaps at left tackle than Terron Armstead did last year. 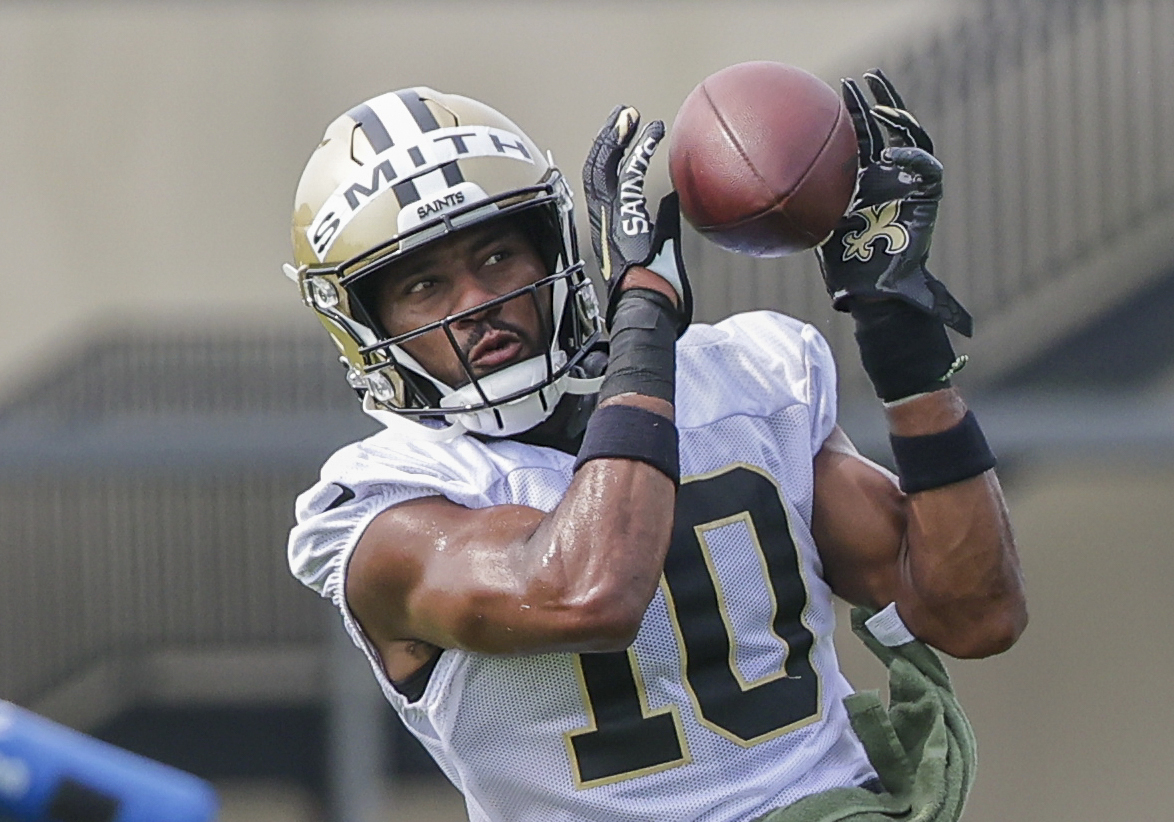 We’re coming to this one in a roundabout way, but bear with me. Thomas, Landry, Olave, Deonte Harty, and Marquez Callaway are each locks to make the team. The Saints usually roster five receivers, sometimes six. Smith hasn’t stood out the way his teammates have, and he has a lot of ground to cover in making his case for a roster spot in August. A hotter start in June would have helped him. He’s got some work to do. 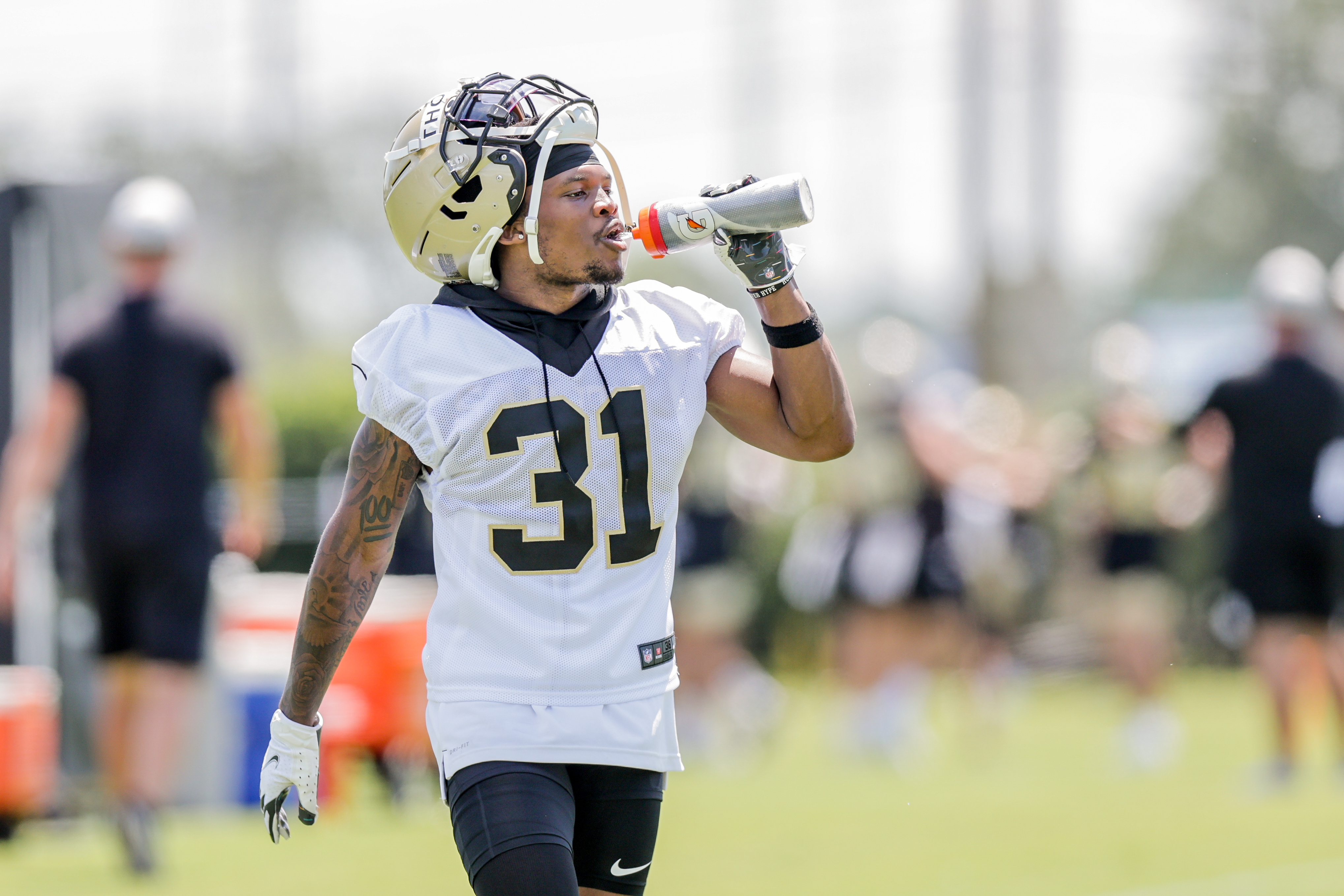 Initially considered an afterthought behind flashy free agent signings like Tyrann Mathieu and Marcus Maye, Thompson has gotten off to a hot start and could earn a roster spot ahead of other new additions like Justin Evans, Daniel Sorensen, and Smoke Monday. He’s getting looks at safety and backing up C.J. Gardner-Johnson in the slot after spending his rookie season on the Saints practice squad. Training camp will be a huge opportunity for him.

Report: Denver lodging bounces back, but lags behind national recovery | Focus on Denver

Why Is NIO Stock Down 5% Today?

TSX Today: What to Watch for in Stocks on Wednesday, December 7