Tesla’s value is a massive one for car companies globally as it already moved pasts the trillion threshold at $1.1 trillion last year. The new year is an opportunity for the clean energy company to sell more electric vehicles, to which CEO and Founder Elon Musk have a lot to say. The valuation of different global car companies in the world does not come near to Tesla’s trillion. 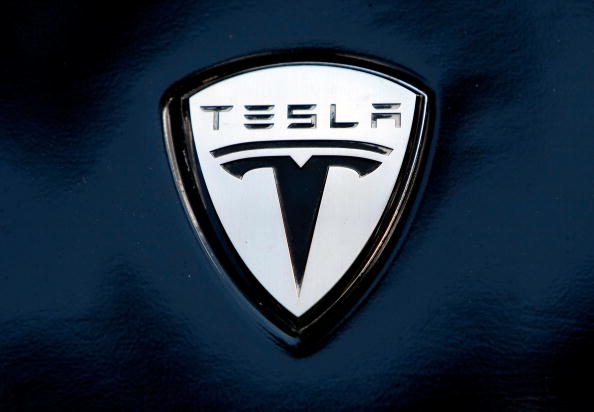 (Photo : Win McNamee/Getty Images)
WASHINGTON – JUNE 12: The Tesla electric car logo is shown during a display of alternative energy vehicles on Capitol Hill June 12, 2008 in Washington, DC. As part of the event, Sen. Harry Reid (D-NV) and other members of Congress spoke out on the need to develop new technologies that can help reduce U.S. dependence on oil.

Tesla’s current valuation in the overall revenue of the company is at $1.1 trillion, and that is the top net worth for all car companies in the world. Other car companies do not even come close to the value of the clean energy company.

In a tweet by the Tesla Silicon Valley Club, Tesla is the sole maker of $1.1 trillion, while 14 car companies combined only make up $955 billion. The car companies that make the billion include GM, Ford, Toyota, Ferrari, Honda, Daimler, BMW, Volkswagen, Nissan, Hyundai, Kia, Subaru, Aston Martin, and Mazda.

Tesla is a pure, clean energy company that has sold only electric vehicles since it launched in 2004, and that is a notable branding for them that stayed true to its goals.

And while it took the world almost 18 years before switching to clean energy mobility, Elon Musk thinks that this is a wild and overwhelming experience for him as a CEO. Moreover, Musk did not expect to grow a company this large.

The Tesla value is only one aspect of the success of the company, and it lies in its focus on clean energy and its availability to the world.

Tesla is one of the most common brands in the world now, and it is because of the electric vehicles that are now the trend to help reduce carbon emissions and pollution. The clean energy company is a profitable and popular corporation that focuses on different solutions to help the environment, focusing on energy choices and mobility.

One of the main focuses of Tesla now is the Full Self-Driving feature of its vehicles, soon bringing the main release version it has for public use. However, Tesla is still waiting for its development with its beta.

Another focus of Tesla is bettering its clean energy solutions from electric vehicles coming soon this 2022 with AMD chips. Furthermore, it would also expand on its home energy solutions to promote sustainability for households.

Elon Musk takes pride in his company, and it is because Tesla achieved a lot over less than twenty years. Electric vehicles then were seen as laughing stocks as they cannot provide the same performance as ICEs, but that changed with the later releases from the company, proving to the world that clean energy can do more.

This article is owned by Tech Times

ⓒ 2021 TECHTIMES.com All rights reserved. Do not reproduce without permission.

Companies should ‘leave politics to the politicians’: Ramaswamy slams ESG…