Trading in unlisted US shares has dropped almost three-quarters from its peak at the height of last year’s retail trading frenzy, as investors rein in speculative bets and regulators crack down on potential fraud in penny stocks.

January marked the 11th consecutive monthly decline in volumes of “over-the-counter” equity trades, according to data from Finra, the watchdog for US broker-dealers and exchanges. The total number of trades was 70 per cent below the all-time high set last February.

Many of the riskiest areas of financial markets experienced a surge in activity at the height of the coronavirus pandemic, with amateur traders attracted by rebounding asset prices, government stimulus cheques and an escape from lockdown boredom.

However, the Finra figures are the latest sign of their retreat as volatility rises and the Federal Reserve prepares to raise interest rates.

Over-the-counter equities are stocks that are not quoted on a national securities exchange such as Nasdaq or the New York Stock Exchange. They include smaller companies and those in controversial industries such as cryptocurrencies and cannabis, along with American depositary receipts that make it easier to buy stock in large overseas companies such as Nestlé and Tencent.

Jason Paltrowitz, executive vice-president at OTC Markets Group, which operates the main marketplace for over the counter stocks, said there had been a definite “levelling off” in activity from traders who “just had extra money sitting around”. However, he added that activity remained stronger than before the pandemic, and he expected a “new normal” level to continue into the long-term.

“We’re seeing activity shift to more traditional types of investment,” Paltrowitz said. “Rather than trading off internet hype and meme stocks, [investors] are trading in industries they’re passionate about or things they’ve been thoughtful about.”

Although the absolute number of trades has continued to decline, the dollar value of activity has been more resilient as a smaller number of investors make higher-value trades. 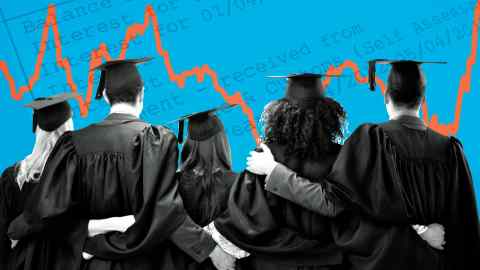 The trend has been hastened by regulators at the US Securities and Exchange Commission, which has been clamping down on trading in the riskiest areas of the market.

Rules that came into force in late September essentially prevented retail investors from trading the stocks of more than 1,000 companies that did not provide up-to-date corporate disclosures. The stocks were seen as particularly vulnerable to fraud and “pump and dump” manipulation schemes.

Retail investors are not the only people who have been scaling back on risky bets. Separate Finra data showed a sharp drop in institutional investors borrowing to fund investments in January. The amount owed by investors on margin loans dropped 9 per cent month on month, its biggest decline since March 2020.

Why Nauticus Robotics Shares Are Trading Higher By 96%; Here Are 67 Biggest Movers…

EXCLUSIVE: Top 10 Stocks Searched On Benzinga Pro In September: Where Do Tesla,…

$1.2 Million Bet On ChromaDex? Check Out These 4 Penny Stocks Insiders Are Buying By