Which way next for the S&P?


The S&P 500 is sticking to its recent volatile nature in Monday’s premarket. We are in a macro environment bursting with possibilities and that is leading to wild swings before the market even opens. At one stage this morning, futures were looking considerably lower as the German Dax plummeted 3%. However, some news from Russia saw a wild 1% recovery in a matter of minutes.

Russian Foreign Minister Sergey Lavrov reportedly proposed to President Putin to continue with talks, and Reuters reported that he got the green light to do so. This had an immediate impact and saw US futures turn positive and European markets gain up to 1% in a matter of minutes. Tensions had escalated over the weekend as reports suggested a Russian invasion of Ukraine was imminent. Now, however, things may look a touch more stable.

Hawks remain firmly in charge though, and the current king of them all, James Bullard, was on CNBC a few moments ago. He spoke of taking quick and aggressive action, which resulted in another turn for equity markets – this time back to the downside.

“I do think we need to front-load more of our planned removal of accommodation than we would have previously. We’ve been surprised to the upside on inflation. This is a lot of inflation,” Bullard said. “Our credibility is on the line here, and we do have to react to the data.”

We also note more bearish commentary from Ukraine’s President Zelensky, who according to Reuters reiterates that Ukraine wants to join NATO. This is a red line for Russia.

We got a strong reaction from the rejection at $458. The 200-day moving average is not so significant that we we have broken it several times recently. $428 is the key pivot on the downside. Breaking that and it is on to $414 but more likely $404. The Relative Strength Index (RSI) remains weak and the Moving Average Convergence Divergence (MACD) is also confirming the downtrend. Current risk reward is likely skewed to the downside, but this is an area of high volume and thus will see some choppy trading. The breakout will come at either $428 or $458. 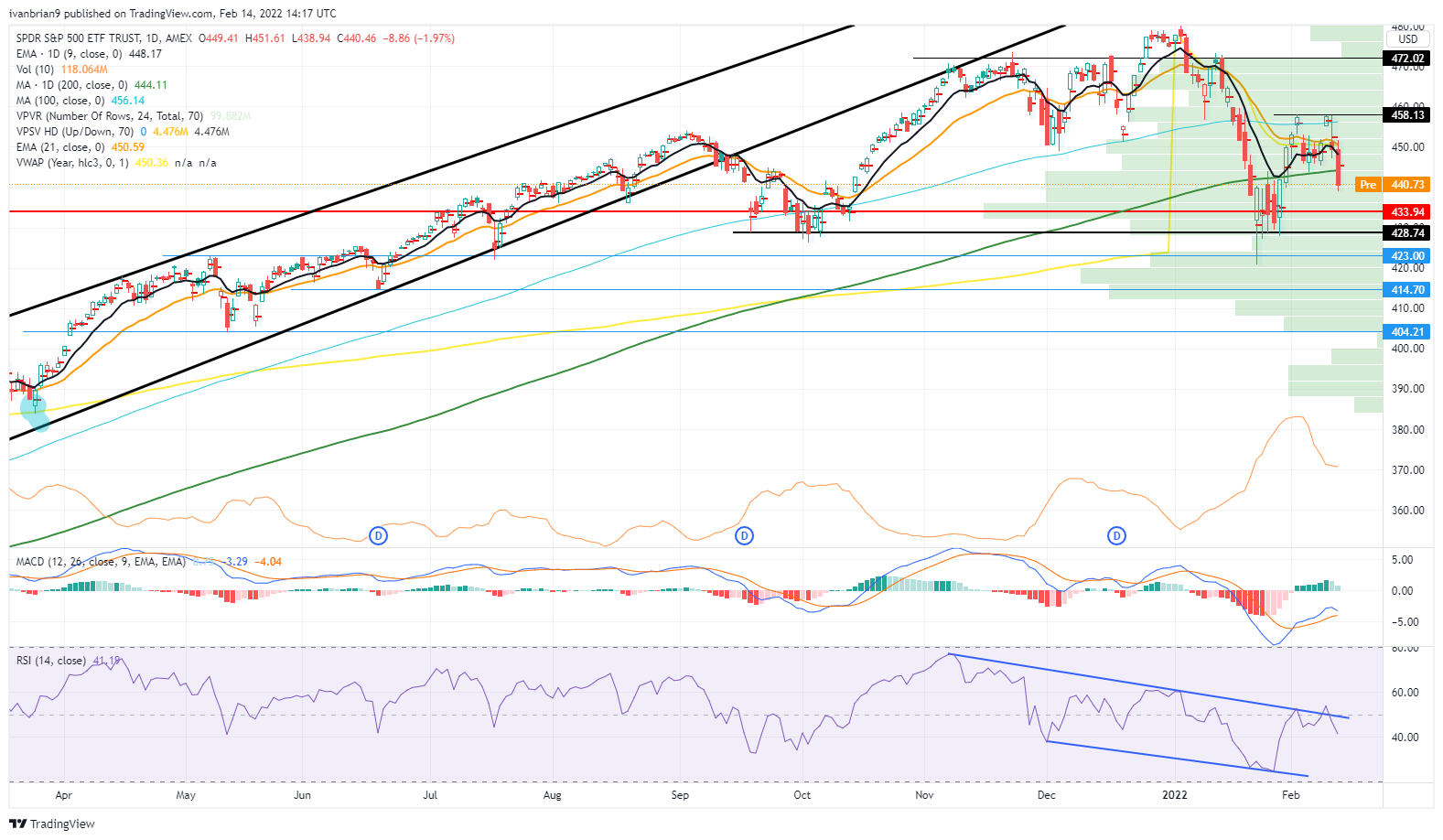 Read More: Which way next for the S&P?