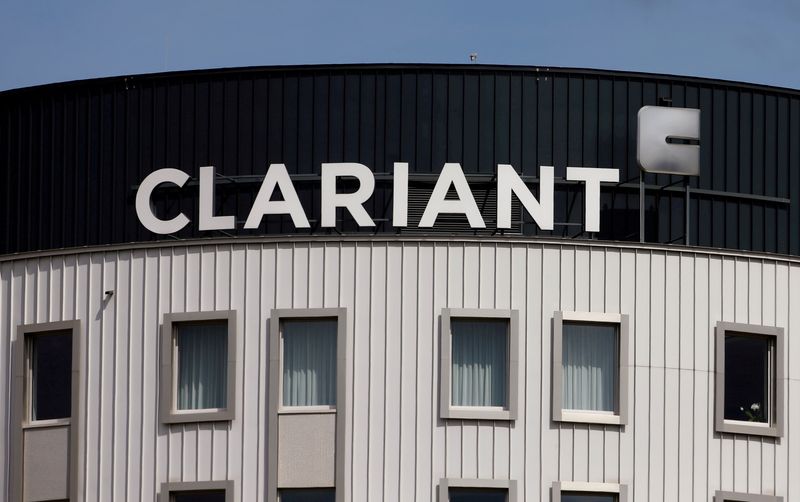 ZURICH (Reuters) – Clariant has delayed the release of its 2021 results as investigators probe whistleblowers’ allegations that some staff manipulated accounts in 2020 and 2021 to help meet financial targets, the Swiss speciality chemicals group said on Monday.

“The investigation is not entirely concluded but suggests that there was a limited group of people globally who may have attempted a profit steering to build some performance buffer,” Peter Steiner, head of the board’s audit committee, told a conference call with reporters.

“So far there is no indication whatsoever that anyone has had any personal gains from this,” he said, adding there was also no evidence that anyone from former management was involved.

The company has suspended an unspecified number of staff but has not reported the case to prosecutors, he added.

CEO Conrad Keijzer was appointed in December 2020 to run the company after the CEO post was vacant for more than a year.

Former CEO and then-Chairman Hariolf Kottmann, who drove Clariant’s 2017 failed merger bid with Huntsman (NYSE:), had filled the job on an interim basis.

Steiner said the whistleblowers had come forward on Sept. 10 last year, leading to the broadened probe that while far advanced had not allowed group auditor PWC to sign off on results that had been due on Wednesday.

The board decided on Sunday to postpone the release of results and the annual general meeting.

“We are investigating this matter with utmost urgency and diligence,” Keijzer said.

It was not yet clear whether the issue also extends to accounting periods prior to 2020, it added.

Clariant expects to achieve its earnings before interest, tax, depreciation and amortisation (EBITDA) margin guidance of 16-17% for continuing operations in 2021, as sales rose 15% in local currency to 4.37 billion Swiss francs ($4.72 billion), according to preliminary data, it said.

“Today’s announcement is a negative surprise which hopefully does not destroy the reputation the new Clariant management started to install among investors and analysts,” Baader Helvea Equity Research analysts said.

“The underlying business of Clariant seems to have developed better than expected…However, we doubt the market will (focus) on the preliminary numbers today.”

Disclaimer: Fusion Media would like to remind you that the data contained in this website is not necessarily real-time nor accurate. All CFDs (stocks, indexes, futures) and Forex prices are not provided by exchanges but rather by market makers, and so prices may not be accurate and may differ from the actual market price, meaning prices are indicative and not appropriate for trading purposes. Therefore Fusion Media doesn`t bear any responsibility for any trading losses you might incur as a result of using this data.

Fusion Media or anyone involved with Fusion Media will not accept any liability for loss or damage as a result of reliance on the information including data, quotes, charts and buy/sell signals contained within this website. Please be fully informed regarding the risks and costs associated with trading the financial markets, it is one of the riskiest investment forms possible.