Why AMC Stock Got Shot Down Today

In its first 10 days in theaters, Top Gun: Maverick has raked in an astounding $290 million haul and — at least initially — helped to lift shares of movie theater chain AMC Entertainment Holdings (AMC -4.02%) out of the dumps. Within mere hours of the fighter jet movie’s take-off, shares of AMC Entertainment blasted 18% higher, but it’s been all downhill since.

Since that opening day lift, in fact, AMC stock has now given back all 18% of its first-day gains. Indeed, down another 4.4% on Monday (as of 3:05 p.m. ET), it’s now selling for less than it cost before Maverick debuted. 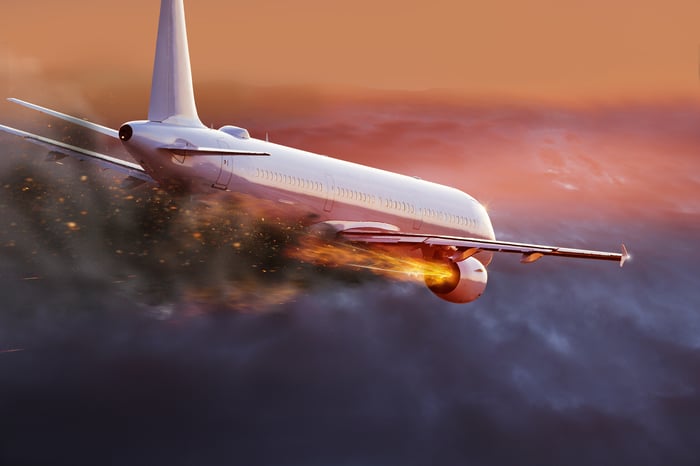 This isn’t all AMC’s fault. Actually, I suspect AMC actually deserved at least a bit of a lift from the thunderous applause from movie theater audiences that Maverick is receiving. The stock certainly doesn’t deserve to be trading below the movie’s debut, considering how successful it’s been.

Unfortunately, for AMC, though, this morning investment bank Citigroup decided to come out with a note panning the stock’s value. Despite a “strong” slate of films ahead of it for the 2022 movie year and first-quarter results that showed AMC growing its revenue nearly 430% in comparison to Q1 2021, Citigroup announced today that it’s maintaining a “sell” rating on AMC stock and a $6 price target that implies this company’s shares will lose 50% of their value over the next 12 months, as TheFly.com reports.

And much as I hate to say it, I agree.

Despite being valued at $6.4 billion in market capitalization currently, AMC remains a deeply unprofitable company with more than $1 billion in losses racked up over the past year and nearly $720 million in negative free cash flow.

Despite earning a tiny operating profit in Q4 last year, AMC didn’t make nearly enough money to pay even the interest on its $10.8 billion in debt. And with AMC quickly plunging back into the red in Q1 2022, and no analysts foreseeing profitability arriving before 2026 at the earliest, the prospects for this company remaining solvent remain dim.

Sad to say, one blockbuster does not a viable business make, and I fear we’re very near seeing the closing credits roll on AMC stock.


Read More: Why AMC Stock Got Shot Down Today

Congress gave gun companies special protection in 2005. It should repeal it now.