During a volatile week, shares of Carvana (CVNA 16.49%) were moving higher Wednesday morning, recovering from the sell-off that occurred Monday after management announced another round of layoffs and the stock got downgraded by analysts.

A Securities and Exchange Commission filing Tuesday night showing that Carvana Chief Product Officer Daniel Gill bought 133,000 shares of the stock for roughly $1 million on Monday seems to be giving the used car e-commerce stock a boost. As of 11:51 a.m. ET, it was up by 15%. 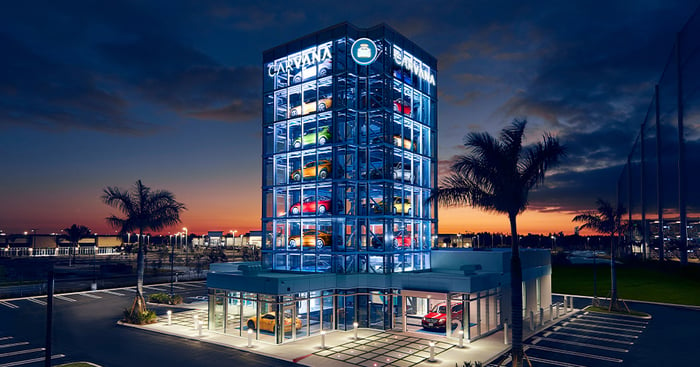 It’s no secret that Carvana is in the midst of a liquidity crisis that could force it into bankruptcy. On Friday, the company announced another round of layoffs, dismissing 1,500 workers as it seeks to cut costs.

Used car prices are falling sharply, leaving Carvana with billions of dollars of depreciating inventory, and interest rates are rising, making auto loans for buyers more expensive. In its most recent earnings report, the company said it has more than $4 billion in liquidity it can access, but some analysts still think the company could run out of cash within a year.

Continued borrowing may help the company survive, but that would only put it in a deeper hole and make it even more difficult for Carvana to reach profitability. It has lost roughly $1 billion in free cash flow over the last year.

As for Gill’s stock purchase, his specific motivation is unclear, but generally, insider buying is seen as a sign that those who know the company best think the stock will go up.

With benchmark interest rates expected to keep rising and used vehicle prices still falling — they fell by 2.4% from September to October — things seem likely to get worse for Carvana in the near term.

The silver lining here is that the stock has fallen so far — it’s down by 97% from its peak last year — that investors seem to be anticipating a bankruptcy. If Carvana survives, its stock will have a lot of upside potential, but the next few months will be challenging for the company, to say the least.