Some electric vehicle (EV) stocks continue to have quite the charge for investors, but lately Fisker ( FSR -8.62% ) hasn’t been among them. Investor sentiment dimmed following the company’s latest earnings release, compounded by several analyst price target cuts. On Friday, these factors drove Fisker’s share price down by almost 9%.

The latest in a series of Fisker stock price target reductions occurred Friday morning. It was enacted by Barclays ( BCS -0.47% ) analyst Brian Johnson, who now thinks the shares are worth $16 apiece rather than his previous $18. He is maintaining his equal-weight (i.e., neutral) recommendation, but he did point out in his latest research note that reservations for Fisker’s Ocean EV, an SUV, have increased notably. 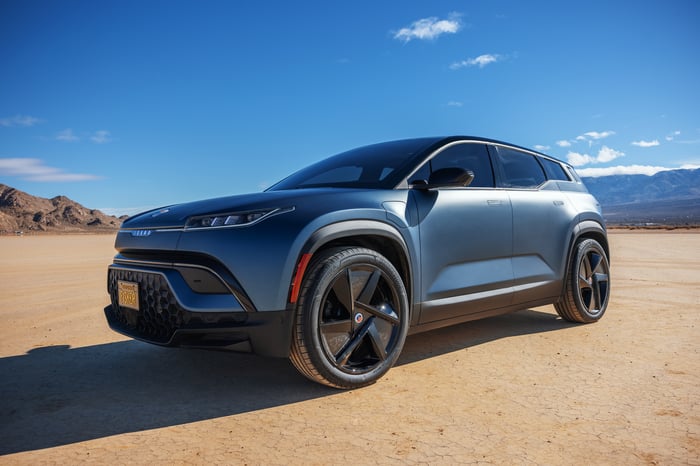 In trimming his target, Johnson was joining a small cadre of Fisker analysts who have made similar moves since the company unveiled its Q4 results on Wednesday. Its revenue of roughly $41,000 was better than the average analyst projection, and its per-share net loss of $0.47 broadly met expectations.

Despite the round of price target cuts, numerous prognosticators remain bullish on the company’s prospects. One is Citigroup‘s ( C -0.88% ) Itay Michaeli, who is keeping his buy recommendation on the stock despite a slight price target trim to $29, from $30. Michaeli described Fisker’s results as “encouraging,” particularly the growth in Ocean reservations to 31,000 recently from 24,500 in early January.

Fisker isn’t a company in the forefront of the EV pack, as its one of the manufacturers that has yet to deliver a vehicle. Still, as a business that runs an “asset-light” operation in the notoriously high-expense auto industry, and with a strong pedigree in vehicle design, Fisker should remain on the radar of many investors looking for attractive buys in this sector.

What Is Going on With Vertical Aerospace (EVTL) Stock Today?