Shares of Freshworks (NASDAQ:FRSH) got crushed Friday. The software-as-a-service stock ended the daily trading session down 18% due to turbulence for the broader market and weaker-than-expected guidance that arrived with the company’s fourth-quarter results.

Freshworks published its fourth-quarter results after the market closed on Thursday, reporting a non-GAAP (adjusted) loss per share of $0.06 on revenue of $105.5 million. The loss for the quarter was in line with the market’s expectations, but sales in the period actually topped the average analyst estimate by $5.16 million.

Even so, the company guided for mounting losses in the current fiscal year, and the news arrived in conjunction with concerning reports that Russia is likely to invade Ukraine. 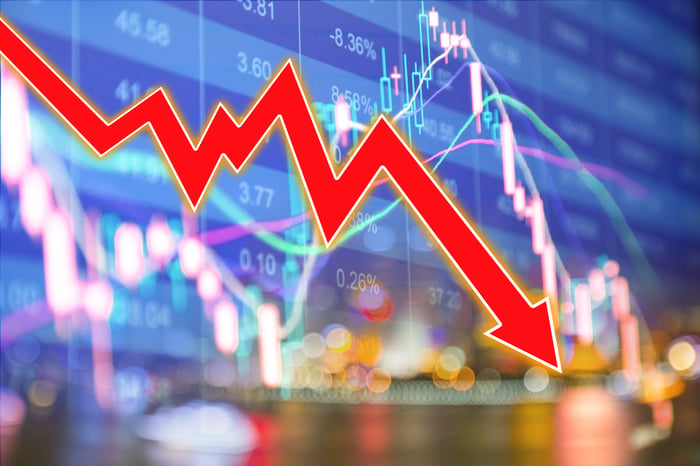 Reports suggesting that Russia has decided to move forward with an incursion into Ukrainian territory rattled the market today, and the unfolding situation played a big role in the sell-off for Freshworks stock. The S&P 500 and Nasdaq Composite indexes ended the day down 1.9% and 2.8%, respectively.

Freshworks managed to grow revenue 44% year over year in the fourth quarter, but the company’s adjusted loss from operations expanded to $10.7 million from $2.3 million in the prior-year period. It also looks like losses will expand significantly this year.

The stock has slid roughly 61% since market close on the day of its initial public offering in September. 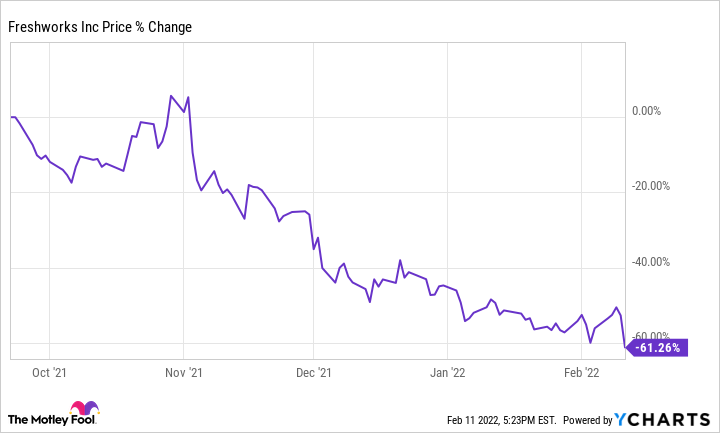 The company now has a market capitalization of roughly $5.1 billion and is valued at approximately 10.6 times this year’s expected sales. Freshworks is still growing sales at an impressive clip, and it could have a long runway for expansion in the enterprise software space, but the market’s current aversion to growth-dependent software stocks suggests its shares could see more bumpy trading in the near term.

Bill Schmick: Markets are trading like a penny stock | Columnists

Raising funds outside the ASX comes at a cost for Zip

Why DexCom Was Such a Healthy Stock Today

Explainer: Will your current smartphone give you 5G experience?