Investors often get excited when top officials at a company pile into shares of their business. So it was on Friday with Iovance Biotherapeutics (IOVA 18.94%). A flurry of insider buying led to plenty of outsider buying on the market, and pushed the stock’s price 17% higher on the day.

As revealed by Securities and Exchange Commission filings dated Thursday, everyone who is anyone at Iovance, it seems, was hitting the buy button. 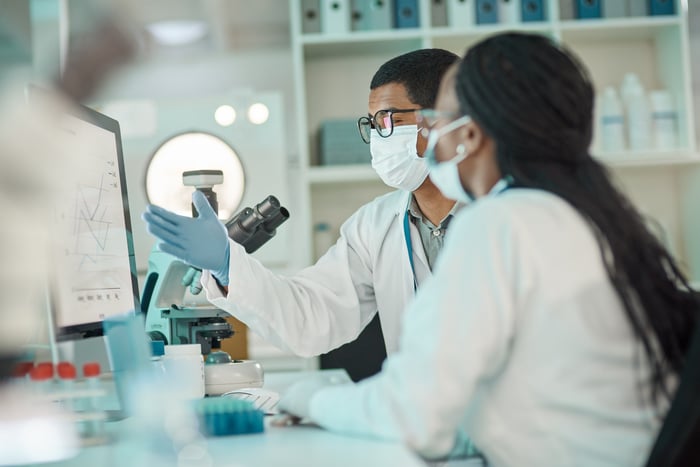 Wayne Rothbaum, a member of the biotech company’s board of directors and the president of healthcare sector investment fund Quogue Capital, disclosed two recent purchases of 500,000 shares of Iovance’s common stock. Fellow board members Michael Weiser, Ryan Maynard, and Merrill McPeak also loaded up, with recent buys totaling a respective 10,000; 7,500; and 20,000 common shares.

As is typical in such buys, none of these men offered any commentary as to why they made their moves. Regardless, such clear bullishness rarely escapes notice by investors, hence the market’s very positive reaction.

It’s a good time for Iovance bulls — inside or outside the company — to pile into the company.

The stock price is notably down from its one-year peak of $28 per share, not least because of the news Iovance divulged last week. The company unveiled data from a phase 3 clinical trial of its Lifileucel melanoma treatment. This revealed that a cohort 4 trial of the drug produced an overall response rate of 29% in patients, down from the 35% of the preceding cohort 2.

Cases of the disease in cohort 4, however, were more serious. Iovance remains very optimistic about the drug’s prospects, and is ready to present it to regulators. The company said that it is aiming to submit a Biologics License Application for Lifileucel to the Food and Drug Administration this August.