Why is SPY moving higher on Friday?


The US main indices had another tough day on Thursday with the Dow Jones suffering its worst fall of 2022 so far and the Nasdaq (QQQ) and S&P 500 (SPY) also falling sharply. All sectors and companies were affected with the small-cap Russell 2000 (IWM) index also falling by just over 2.5% on Thursday.

The main driver of the market is again Russia-Ukraine tensions that has been dominating all week. Investors are becoming increasingly nervous and so risk-averse over potential developments. Yesterday we had news of artillery fire hitting a kindergarten in Ukraine, which immediately saw investors dump riskier assets and head for safe haven plays such as gold and the dollar. Yields at least fell despite continued hawkish commentary from US central bankers. We remain in a very tough macro environment for stocks. Even if Russia-Ukraine tensions die down, the tightening policy and inflationary issues will then take back center stage.

Thursday saw a textbook range breakout that we had warned about earlier in the week. Tuesday and Wednesday saw SPY trade in a very narrow $443 to $446 range. A breakout was always likely, and Thursday we got exactly that. That leaves $446 as a short-term resistance level. $443 is no longer significant. Monday’s low at $435 is the last support before our key pivot level at $428.

Thursday’s move also resulted in a Moving Average Convergence Divergence (MACD) crossover and the Relative Strength Index (RSI) continuing its down-channel trend. There has previously been a lot of activity around the $428 level with high volume and volatility down there. This is a tough support to break, but if the SPY does break, then expect an acceleration to $414 as volume gets lighter until then. 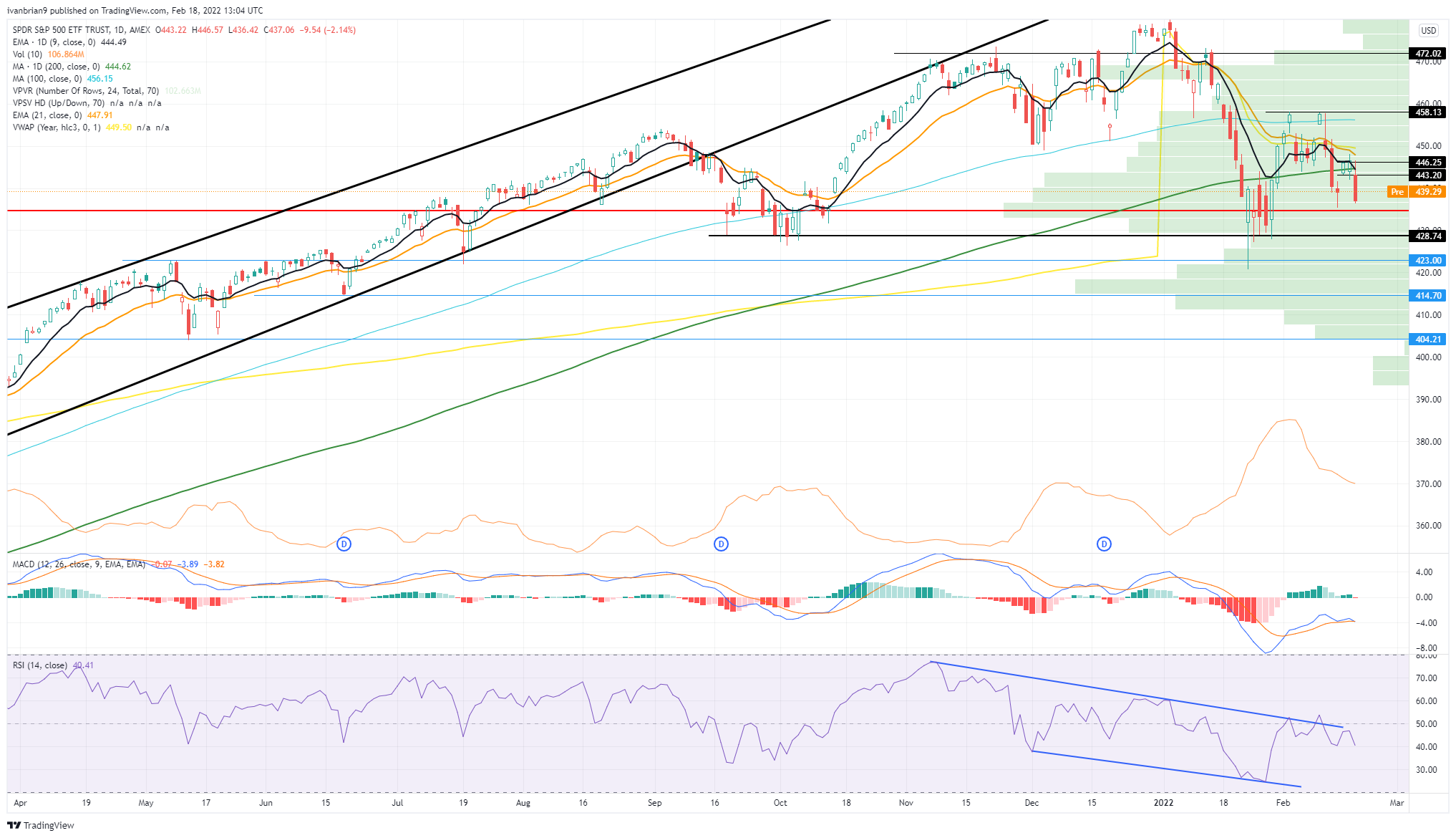 Read More: Why is SPY moving higher on Friday?

5 things to know before the stock market opens Friday, February 18

THIS is the Elephant in the Room

Fed Expected To Raise Rates To Levels Not Seen Since Before Great Recession: What You

This 1 ETF Is My Top Recommendation for New Investors

Is The Bear Market Over? What To Watch On The SPY As The Market ETF Bumps Into Major