Many Chinese stocks that trade on U.S. exchanges have been hit hard due to uncertainties stemming from a clash between U.S. and Chinese politicians and regulators. After the Securities and Exchange Commission (SEC) added Nio (NIO -1.66%) to the growing list of companies that face delisting from U.S. exchanges if they don’t change their auditing practices, the electric vehicle maker’s shares plunged Thursday.

That downward move continued in early trading Friday morning, with the stock dropping by as much as 6.1%. But a sharp reversal followed. As of 11:53 a.m. ET, Nio’s American depositary shares (ADSs) were almost back to even on the day, down just 0.15%.

The rebound came as investors realized an announcement the company made Thursday on the delisting topic could help ease concerns. Nio is proposing a secondary listing on the Singapore stock exchange that the company said would be “fully fungible with the ADSs listed on the NYSE [New York Stock Exchange].” 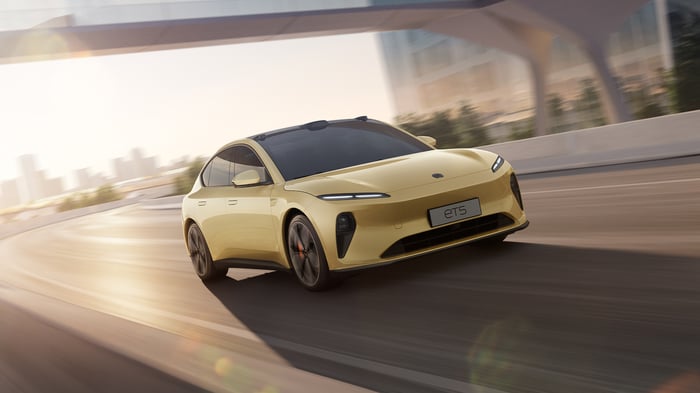 This seems to mean that investors owning the U.S. listed shares would be holding the same security that is listed on Singapore’s exchange, and would be able to trade it. Under the Holding Foreign Companies Accountable Act (HFCAA), the SEC can delist foreign companies that fail to meet U.S. accounting and audit standards for three straight years. Nio is already listed in both the U.S. and Hong Kong, and said it plans to work to maintain its presence on both exchanges.

But the proposal to list on a third exchange looks to be a backup plan in case Nio is ultimately unable to comply with U.S. laws and regulations. U.S. investors are taking that as good news, which helped the stock to stage a bit of a recovery Friday.