Nio (NIO 2.04%) stock surged this morning and had shot up 8.9% as of 10 a.m. ET as investors lapped up the latest delivery numbers from the electric vehicle (EV) maker, which seem to put to rest some of the market’s major concerns.

Among the several factors that hit Nio stock over the past couple of months or so was fears of decelerating growth as the company had to shut down operations in China amid COVID-19 lockdowns.

Nearly every automaker in China had to suspend production. Yet, such hurdles tend to hit growth companies more, and with Nio having only just started deliveries of its flagship sedan, the ET7, on March 28, investors didn’t want to see any disruption to sales.

Turns out, things aren’t as bad as they were made out to be. 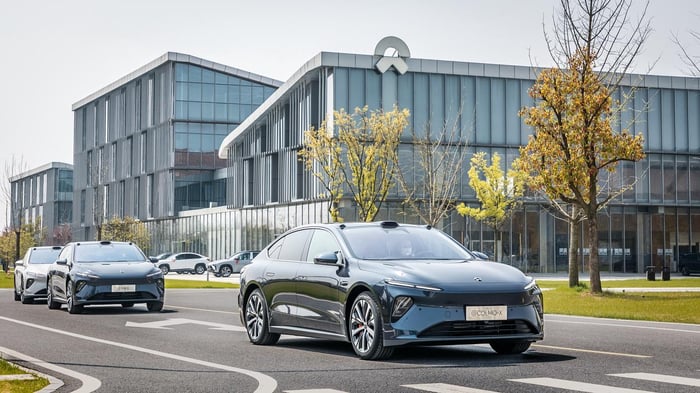 This morning, Nio reported it delivered 7,024 EVs in May, which was up 38% from April and just about 5% year over year. Nio confirmed its production picked up pace in May after a shutdown, and said it plans to ramp up production and deliveries even further in June.

There was another important takeaway from Nio’s latest delivery report, though: It revealed how strong demand for the ET7 is.

Here’s a breakdown of the number of units of each of its four EVs Nio sold last month:

ET7 deliveries surpassed those of two of its SUVs. Also, if you add up ET7 delivery numbers since March 28, Nio has sold 2,563 ET7s since it began deliveries on March 28.

In a separate Chinese press release as reported by new-energy-vehicle-focused news outlet CnEVPost, Nio said it plans to launch a new product in the near future, along with an upgrade of its smart cockpit hardware in existing SUVs. The update will include Qualcomm Snapdragon 8155 chips, HD cameras, and 5G modules, among other things.

In short, investors who were worried about whether Nio would be able to launch three models and grow sales as planned this year amid China’s COVID-19 constraints got some relief today. Nio announced plans to launch in its first international market, Norway, last week, and confirmed today its pace of production and sales is picking up. With the EV stock still trading down 45% year to date, investors saw an opportunity in Nio’s Wednesday delivery update to buy this growth stock, which has huge potential over the next decade or so.

Two companies are building in the Lisbon Business Park East