Amazon’s shares dropped 14% after the e-commerce colossus said its online retail sales fell 3% year over year in the first quarter. The news corresponds with a report from digital payments giant Mastercard earlier this month that showed e-commerce sales declined by 3.3% in March, as more people shopped in stores.

Amazon’s struggles also align with data released by the U.S. Census Bureau in February, which showed that e-commerce sales dropped to less than 13% of total retail sales in the fourth quarter, down from nearly 16% in early 2020.

These trends suggest that many people are returning to their traditional ways of shopping, as the economy reopens, and COVID-19 restrictions continue to be lifted. 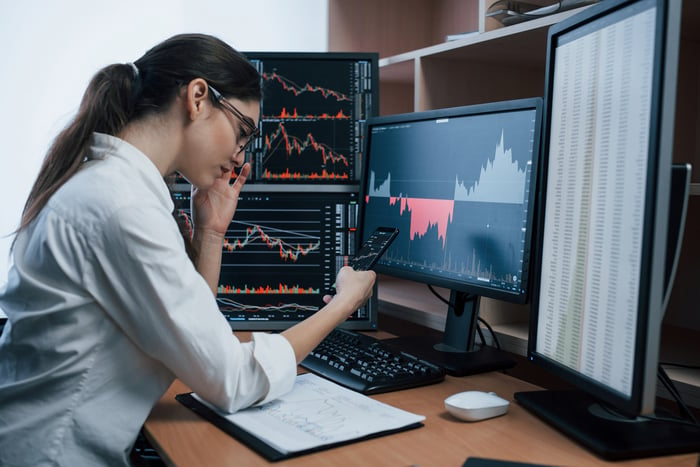 At the same time, conflict in Europe has led to significantly higher energy prices. That’s increasing shipping costs and denting the profit margins of many e-commerce merchants.

Worse still, while reported COVID-19 case counts are declining in many areas of the world, outbreaks in China are worsening supply chain disruptions. That’s making it more difficult for many merchants to source their products from Asia and other locations.

All these issues are likely to weigh on Shopify’s growth. If its merchant customers are forced to charge higher prices to offset rising costs while consumer demand wanes, their sales could suffer — and Shopify’s sales and profits could be dented alongside them.

3 Potentially Explosive Stocks to Buy Before 2023

Top Industrial IT Services Stocks You Can Buy Today