Teladoc Health ( TDOC 3.97% ) was the picture of health for a stock on Monday. The bellwether telehealth company’s shares closed the day nearly 4% higher, well ahead of the 0.6% rise of the S&P 500 index. A smart executive appointment was a key reason for that pop.

As the market opened, Teleadoc announced that it had appointed a new chief medical officer. This is Dr. Vidya Raman-Tangella, whose tenure began on Monday. 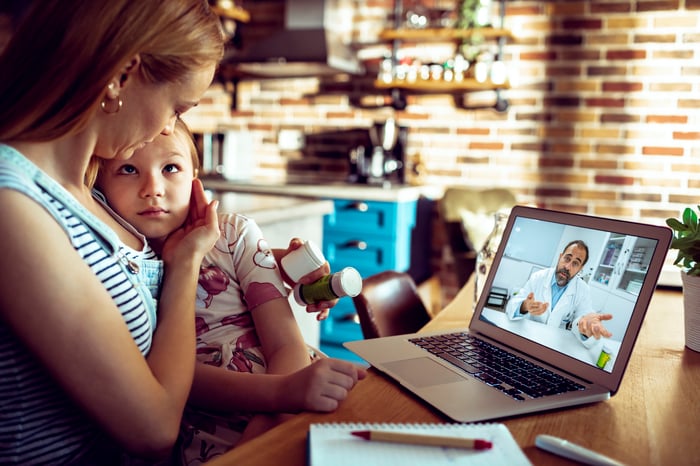 Raman-Tangella’s resume straddles both the healthcare and tech sectors, which is very suitable for a tech-dependent provider like Teladoc.

Prior to joining her current employer, according to her LinkedIn page, she was general manager of healthcare and life sciences solutions at Amazon‘s key Amazon Web Services subsidiary. Before that, she served as chief medical officer at HIA and held high-level managerial positions in companies such as UnitedHealth Group and Johnson & Johnson.

In Teladoc’s press release trumpeting Raman-Tangella’s appointment, the company said her brief will be to “focus on a number of critical areas for the company including health equity, clinical evidence and best practice, and physician training.”

Teladoc’s announcement comes two days before it’s slated to publish its first-quarter results, an event that will surely have more impact on investor sentiment than the arrival of Raman-Tangella.

Analysts tracking the stock are anticipating improvements on both the top and bottom lines. On average, they’re modeling just under $569 million in revenue, well up from the year-ago figure of almost $452 million. They’re also expecting Teladoc to narrow its net loss to $0.56 per share from first-quarter 2021’s $1.31.

Should You Invest in the SPDR S&P Regional Banking ETF (KRE)?