On an otherwise good day for financial stocks and the markets generally, shares of Upstart (UPST -6.15%), a fintech lending platform based on artificial intelligence (AI), were falling today, and were down around 7.2% as of 3:40 p.m. ET.

There didn’t seem to be any company-specific news today; rather, today’s move seemed to be a continuation of a larger sell-off that began with an analyst downgrade on Friday.

On Friday, Wedbush analyst David Chiaverini, who already had an underperform rating on Upstart, lowered his price target even further, from $20 to $15. Even after the stock’s 16% decline Friday and 7.2% decline today, it still trades at roughly $41.50 per share.

Chiaverini cited a Kroll rating of a recent Upstart securitization, or rather a lack thereof, as indicating Upstart’s class B and C notes were showing increased delinquencies and credit deterioration. He noted that the downgrade “is based on weakening delinquency/loss trends on recent 2021 vintage securitizations that appear to be deteriorating worse than Kroll’s base case scenarios and at a faster pace than its 2018, 2019, and 2020 vintages.”

One might have thought that Upstart’s double-digit plunge on Friday, following a massive decline from all-time highs, would have been enough. But it appears that investors are fleeing the AI-based underwriting platform for lower-valued large banks today. Of note, several large U.S. money-center banks were rocketing higher today, following positive commentary from the CEOs of JPMorgan & Chase (JPM 6.19%) and others, as JPMorgan also raised its net interest income guidance for the year.

Upstart was supposed to be a “disruptor” and superior underwriter to the large, stodgy banks. However, with new data showing increased delinquencies for Upstart loans while large banks are raising their annual forecasts, it’s perhaps no surprise that investors are fleeing Upstart for the larger, more established banks today. After all, large banks like JPMorgan have significant data capabilities, too. Since large banks also hold loans on their balance sheets, they might not be tempted to chase riskier loans to generate volume. That’s one of the drawbacks to Upstart’s platform-only model. 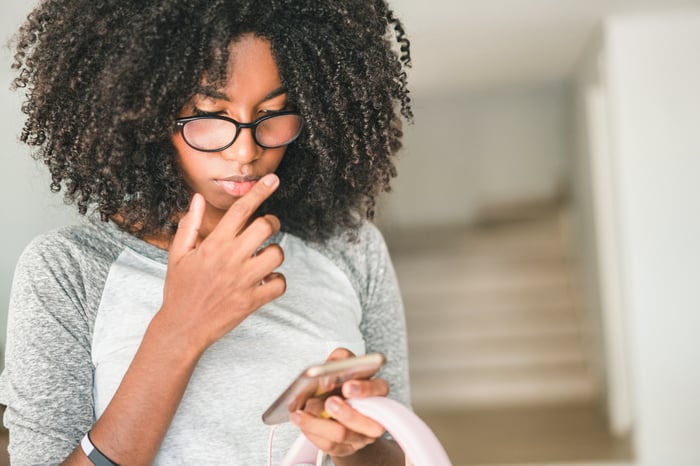 After today’s decline, Upstart is down about 90% from its all-time highs set last year, and only trades for about 25 times earnings. That’s despite analysts expecting 25% earnings growth over the next five years, good for a price/earnings-to growth (PEG) ratio around 1, which is quite cheap.

But with Upstart’s underwriting chops now in question, there is big uncertainty about its real competitive advantage over other financial institutions. Therefore, that earnings growth estimate is also highly uncertain.

Upstart has obviously seen a big rating cut, as its outperforming AI models for underwriting have hit a recent snag. If this setback proves only temporary, and a few tweaks to the model improve Upstart’s credit metrics, the stock could be quite cheap here.

But if the economy deteriorates and Upstart’s underwriting appears no better than that of the average large bank, the stock could continue to struggle. Shareholders won’t know the answers to these questions for some time, as we await more inflation and economic data, as well as Upstart earnings updates, throughout the year.