Will the SPY be up on Thursday?


Mitch McConnell to the rescue for the market on Wednesday as his offer of a short-term suspension to the debt ceiling sent markets into sharp reverse as stocks powered into the close and closed right at the high of the session. This has created a large powerful green candle on the daily chart, and we can see from our intraday 15-minute chart below just how sharp and powerful the turnaround was. Closing on the high of the day usually will lead to carry over into the next session.

While markets cheered the debt ceiling compromise, McConnell put the ball firmly in the Democrats’ hands: “We will also allow Democrats to use normal procedures to pass an emergency debt limit extension at a fixed dollar amount to cover current spending levels into December.” White House Press Secretary Jen Psaki replied, “My understanding is that there has been no formal offer made. A press release is not a formal offer. And regardless, even the scant details that have been reported present a more complicated, more difficult option than the one that is quite obvious.” So clearly not exactly the bipartisan compromise that would represent the ideal but progress nonetheless. In any event, as we have consistently said here at FXStreeet, talk of a US debt default is a non-event. This would create such global problems that it is just too unthinkable even for squabbling politicians to mess this one up!

Q3 earnings season is just around the corner, and it has some act to follow up on previous quarters. Now the SPY looks to have put a bottom in place, but we have yet to break above our pivot of $436. However, yesterday’s high close and strong switch make this seem a formality, so we are ending our bearish call and turning neutral now. The bottom is in! Breaking $436 will put the SPY back above the 9-day moving average, and Wednesday’s price action has seen the Relative Strength Index (RSI) break out of its downtrend.

FXStreet View: Neutral above $436, bearish below.

FXStreet Ideas: Buy an open above $436, but do not chase too much and always use a stop. Targetting a move to $444 for reevaluation. Our longer term buy zone is still at $415 as here there is stong support from the 200-day moving average and a lot of volume at this level. 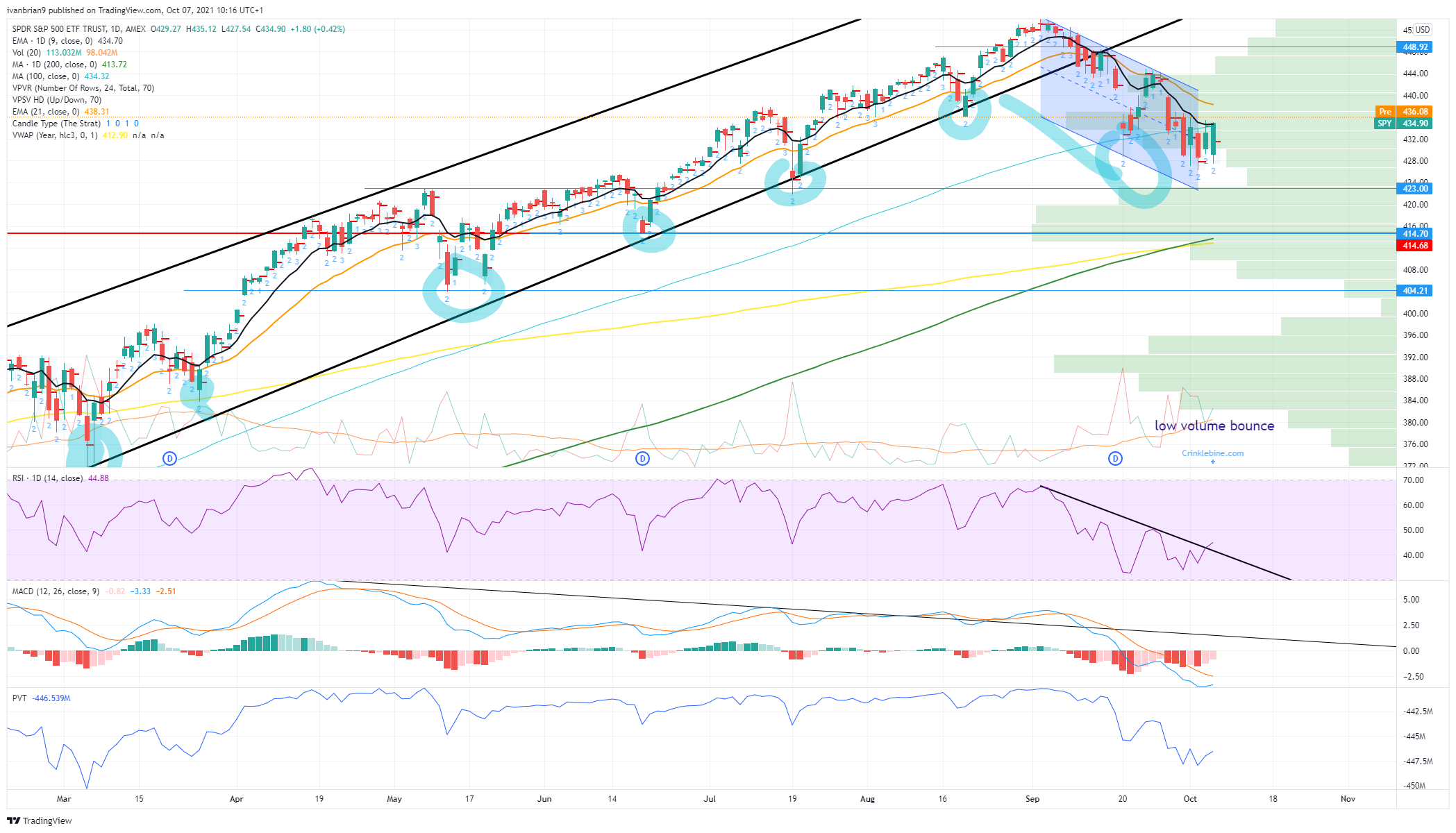 Read More: Will the SPY be up on Thursday?

Traders struggle to transact shares in volatile US stock market